Jupiter has 16 moons. By far the largest and best known are the 4 Galilean Moons, so named because they were discovered by Galileo. Indeed, the 4 Galilean moons are not difficult to see from Earth with even small telescopes. The image below shows a Voyager montage of the Galilean moons. 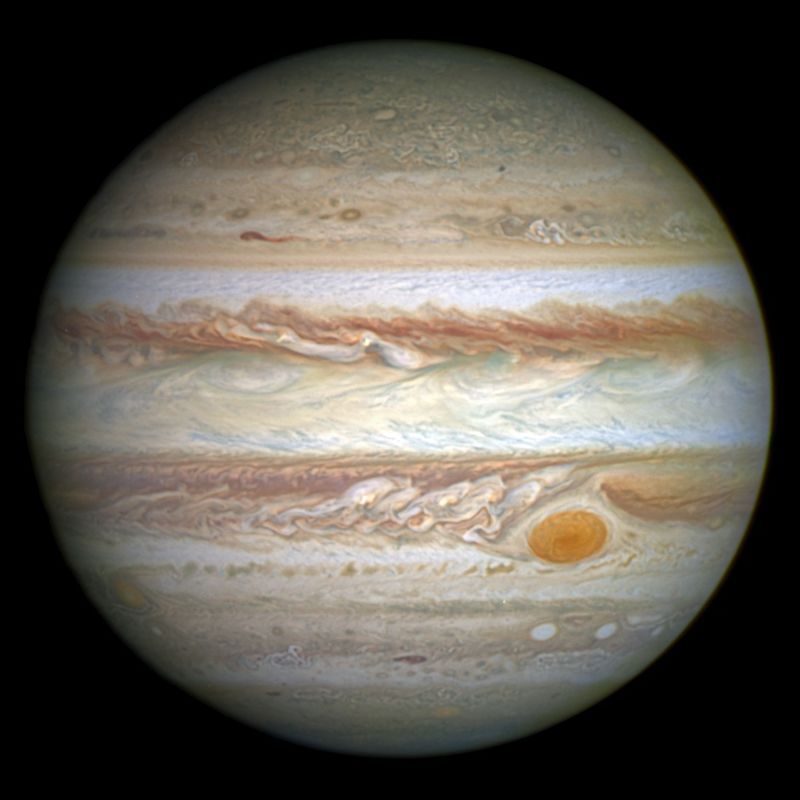 The Galilean satellites are all named after objects of mythological Jupiter’s wide-ranging fancies. Callisto was a beautiful maiden who enticed Jupiter, thereby invoking the wrath of Juno, Jupiter’s wife. She turned Callisto into a bear. After Io’s romance with Jupiter, she was turned into a heifer, pursued by Juno’s gadfly (I’m not making this up!). To elude the ever-watchful Juno, Jupiter approached Europa as a bull; she climbed upon his back, and the two flew off to Crete, where Europa became an object of worship. Ganymede, a “handsome youth” attracted Jupiter’s attention too, who whisked the boy off to become a cupbearer to the gods. The stuff of soap opera, right here in your astronomy class!

Proximity to Jupiter is Destiny

The Galilean moons are all between 3000 and 5000 km in diameter, and they differ markedly in structure. For most objects in the Solar System we believe that their mass is the single most important factor governing their structure. For the Galilean Moons, we will find that the nearness to Jupiter is the primary determining factor in their structure. Thus, for most planets and moons in the Solar System mass is destiny, but for the Galilean satellites proximity to Jupiter is destiny and mass is secondary.