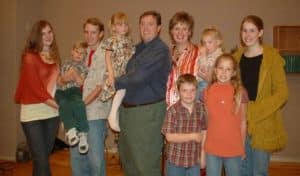 Since their marriage in 1989, Oliver and Rachel DeMille’s educational experiences and philosophies have combined and developed into a dynamic, holistic worldview, evolving into what is now popularly called “Thomas Jefferson Education,” “Leadership Education,” or simply, “TJEd.”

They are the parents of five daughters and three sons–one of whom has multiple disabilities, and several with varying degrees of dyslexia and giftedness–making their experience as home educators broad, varied, challenging and rewarding.

The DeMilles’ insights are informed not only by dealing with the unique needs, learning styles and gifts in their own home, but through their experience in mentoring and consulting with schools and families on virtually every level, and around the world.

Oliver DeMille overcame learning disabilities as a child–he did not read fluently until he was almost 11 years old–to become an avid learner and successful student. He garnered awards, recognition and scholarships in everything from athletics, fine arts and science to foreign language, writing, and forensics, and graduated from his high school as the salutatorian. He continued on to successful higher learning, both in colleges and through formal mentoring. His challenges and successes in schooling helped him galvanize his thoughts on education, and his search for a model that would produce leaders and learners who lived up to their potential led him to discover and articulate the principles of Leadership Education, or “TJEd”.

Oliver is the New York Times, Wall Street Journal and USA Today bestselling co-author of LeaderShift, a founding partner of The Center for Social Leadership and the author of A Thomas Jefferson Education: Teaching a Generation of Leaders for the 21st Century.  He has taught graduate courses on the complete writings of Thomas Jefferson, The Federalist Papers, Aristotle’s Politics and other great classics of liberty. Oliver is a popular keynote speaker, writer and business consultant. Presently, he is active as a founding partner with The Center for Social Leadership and he devotes a majority of his time to writing. Oliver is married to the former Rachel Pinegar. They have eight children. View his personal website and blog at http://oliverdemille.com. 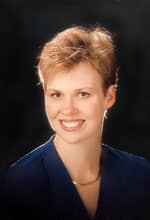 Rachel Pinegar DeMille is the wife of Oliver DeMille and his frequent collaborator.

Rachel’s educational history was rather the opposite of Oliver’s, but with similar outcomes: whereas he had learning disabilities that hindered his early progress, she began playing the piano at age three, and was reading fluently by the age of four. Her facility with learning extended from math and science to foreign language and the arts, and she spent her early years in gifted programs. However, as she grew, she found it difficult to “fit in” to the system, and increasingly found that her best educational experiences were outside of the classroom–either through personal study, or with the guidance of caring and challenging mentors.

The youngest of six children, Rachel observed the upbringing of her nieces and nephews, and was deeply affected by the philosophies of her next oldest sister and her husband, who were homeschooling their children through the classics. She recognized the pattern of classics and mentoring that had been her own ideal, and determined to pursue a similar course in raising her own family.

Rachel is the co-author of Leadership Education: The Phases of Learning and the audio series Core and Love of Learning: A Recipe for Success, and the author of the award-winning educational resource, This Week in History.  She is an accomplished musician, writer, literary editor, public speaker, consultant and momschool organizer.