The Most Important People in the World Right Now: The Weekly Mentor 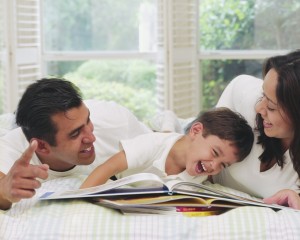 Three quotes really made me think this week. Here they are:

1. John Dewey said: “Perhaps the greatest of all pedagogical fallacies is the notion that a person learns only what he is studying at the time.” He goes on to show that how a student learns, the environment where he learns, who he learns from, why he is told to learn, and many other things about his learning—have more impact on his education than the actual topic he studies.

This is deep. Montessori taught this same thing, and suggested that Dewey-style classrooms weren’t the best environment for learning.

The second quote builds on this and takes it in a profound direction.

2. As Neil Postman taught, “…we learn what we do. Television educates by teaching children to do what television-viewing requires of them.” Which boils down to sitting around and doing nothing except being passively entertained. In other words, Dewey’s quote above is right on, and in the electronic age this is having a drastic impact on education.

Postman continued: “Although one would not know it from consulting various recent proposals on how to mend the educational system, this point—that reading books and watching television differ entirely in what they imply about learning—is the primary educational issue in America today.”

Children and youth who read books get a very different education than those who don’t—no matter how long they sit in class, how many assignments they complete, or how many projects they finish. Reading books trains leaders. The other methods, however good they may be at training for various careers, don’t.

But there is even a deeper point.

Students who learn mainly from reading books get a very different education than those who read books and spend time discussing what they have learned with other students and an adult mentor (or a few).

The latter is the real leadership training, while the first tends to prepare thinkers more than leaders.

Both are needed, and the read-and-discuss method does both.

The typical classroom environment, in contrast, with various projects and assignments and an occasional full-book reading requirement, tends to at best train employees and followers.

Postman put this in historical context in the third quote:

This was written in 1985, but since then we’ve witnessed a fourth major change, this time the advent of the internet and social media, which even more than television drastically influences the education of our children.

But even though this is the rising trend, the earlier trend of the television era is now in its zenith and dominates national politics in nearly all free nations.

We elect based on media, especially television media.

Many newspapers and bookstores are going out of business, and while TV media rules modern culture for now, it will likely be replaced by online media in the next decade or two.

The point is that the problems we have in government, the dysfunctional arguments in capitols from Sacramento or Albany to Washington and Ottawa and London, are the natural results of societies steeped in television and online culture.

In contrast, free societies are reading societies, from the ancient Hebrews and Greeks to the medieval Swiss, Anglo-Saxons and Saracens, to the modern American founding generation and beyond.

Free people are reading people, and there are no exceptions in history.

Thus parents hold the future of our nation in their hands.

Nothing Washington does will have near the impact as how parents choose to educate their kids.

Those who select reading of great books and discussion about these readings—along with whatever else they include in the education of their family, from classrooms to online options—are the new founding fathers and mothers because they will train the leaders of the 21st century.

Excepting the anomalies of gifted individuals who will rise up no matter what their circumstance, nothing, nobody else will do it.

It will be classics and mentors, parents, teachers and mentors with the courage to stand apart – that will train these leaders.

Too bold? I stand by it.

If you are such a parent or teacher, keep up the great work!

Keep reading and discussing important works with your children and students, and help them do the same in classes or special events.

Your efforts are the key to the future of freedom, family, prosperity, morality and success.

Nothing else in human history prepares enough leaders who can effectively maintain and promote freedom.