TJEd and the “French Way”

A book review of Druckerman’s Bringing up Bébé

Many people around the world are discovering principles of great education that those using TJEd are already applying. The “conveyor belt” approach to learning has two big competitors in this second decade of the twenty-first century.

I Can Conform Better Than You Can

The first can be summed up as, “Don’t just participate in the conveyor belt — excel at it!” This is the idea widely popularized in the Tiger Mom book [i] and debate that swept through American education circles during the past two years.

The second approach, the one adopted by Montessori, TJEd and other highly-effective educational viewpoints, recently gained another proponent. In the enjoyable book Bringing Up Bébé by Pamela Druckerman, we learn about core principles the author observed in the parenting philosophy and style of French parents. Those familiar with TJEd will hear a familiar ring to these “French” techniques, and all of us can learn from these ideas. 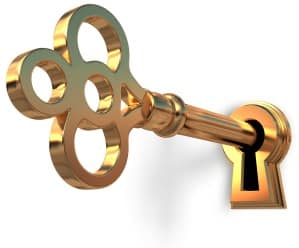 For example, according to Druckerman, here are some of the “secrets” of effective parenting widely utilized in the French culture:

“French parents just don’t seem so anxious for their kids to get head starts,” Druckerman tells us, but rather help them experience quality in growing up and learning.[iv] The focus is more on the current goal of being happy children and the end goal of becoming well-adjusted adults than on striving for adult goals as toddlers and young children.

Throughout the book, those using TJEd will find familiar themes couched in an evocative European experience. The following ideas show up repeatedly and in new and interesting ways:

Above all, Druckerman highlights the French emphasis on wisdom[iv] (rather than grades, gold stars, or other external accolades) as the central purpose of learning — and for that matter, of family and life.

The fact that Druckerman is an American who learned these principles while living in France adds to the flavor—it is practical in the “American” sort of way while being idealistic and even artistic in the French way. In short, it’s a great read, even if you don’t use TJEd but especially if you do!

[i] See Oliver’s commentary on Tiger Moms here and here.