Two Kids and a Classic: The Weekly Mentor by Oliver DeMille

(to read Rachel’s take on this, scroll to the end…)

Can I Read This? 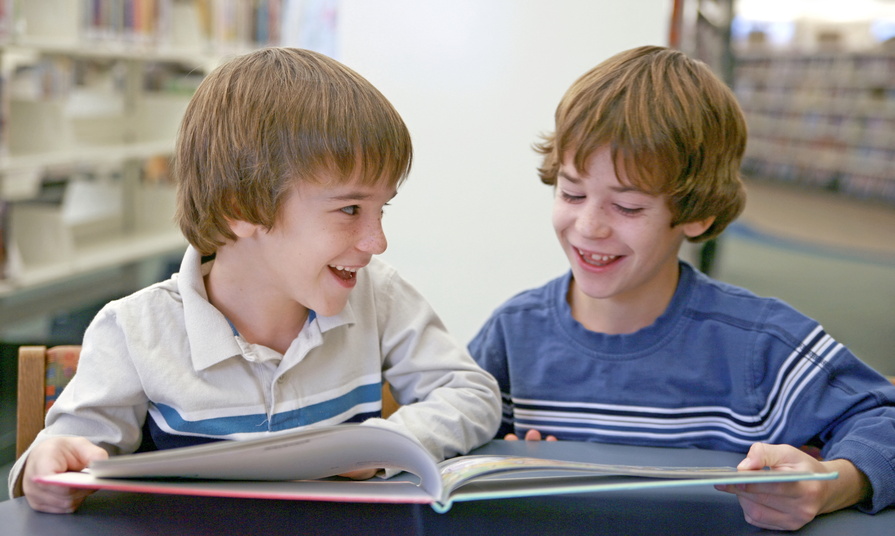 Connor Boyack’s new children’s book The Tuttle Twins Learn About the Law created quite a stir in our house.

At first, I saw it on top of my wife’s reading stack next to the bed. I glanced at it as I walked by, then it caught my eye and I stopped and picked it up.

“Can I read this right now?” I asked.

“Of course,” she replied.

I eagerly picked it up and transferred it to my reading pile, then I got called away by one of the kids. When I returned, my nephew Enoch and my son Freeborn were with me. Freeborn was carrying a box that needed to be mailed, and I helped him put the packing tape on it.

As we worked, Enoch noticed the cover of the book and picked it up.

“Can I read this right now?” he asked.

“Sure,” I said, focused on keeping the tape straight. While Freeborn and I finished the box and cleaned up from our little project, Enoch sat and read. Every few minutes he would exclaim, “This is a really good book.”

Enoch is eleven years old, and he was fully engrossed.

“This is why freedom is so important,” he said. Then: “I never knew the law mattered so much in our everyday lives.”

At this point, I stopped working and stared at him. “Is that what you’re learning?” I asked.

“Yes,” he responded. “This makes so much sense. I never realized why government got started. Or that it could sometimes be good and sometimes be bad.”

I nodded, and I wanted to take the book from him and see why he liked it so much. But, in the name of politeness, I let him keep reading.

“Well, I really never thought about freedom this way,” he said. “This is a really good book.”

It was the third or fourth time he’d said it.

I made a mental note that this was a special moment for Enoch. An awakening of sorts.

And a good book. 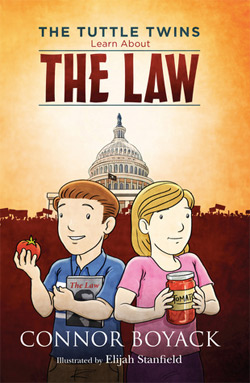 Later that day I returned to my room and spent an hour on my laptop. During this time Rachel came in and we talked about a current article I had written on government and she shared several responses with me. As frequently occurs, ten-year-old America (“Meri”) came in, took a seat, and listened to us converse.

While we were talking, I noticed something interesting. Meri had seen Boyack’s book (the cover really is engaging) and was reading it. I almost laughed when she exclaimed, “Mom. Dad. This is a really great book! I never knew why governments were created until now. This is so interesting.”

I immediately told Rachel and Meri how much Enoch had enjoyed it earlier and what he had said.

“I agree!” Meri kept flipping through it.

When one of our children is so passionate about learning something, we’ve learned to be quiet and let them do it. We sat in silence for a few minutes, punctuated periodically with Meri’s thoughts on what she was learning. Somehow this book really appealed to the children.

When Meri laid it aside, after several interesting conversations about things she was seeing, she left the room and I turned to Rachel. “That’s an excellent example of ‘Inspire,’” I said. “We just left the book sitting there and now two kids have engaged conversations about freedom, law, government and history. And we just sat here. That’s good curriculum!”

Rachel smiled wryly. “It must be a very good book. I hope I get it back soon so I can read it.” (She had actually seen an advance copy, but was being coy…)

I grinned. “I’ll read it right away and put it back in your pile.”

It’s a really fun read. I love the illustrations, and it does a fantastic job of teaching Bastiat’s book The Law in a kid-appropriate format. Connor really nailed it!

Of course, Bastiat’s book is one of the best ever written on the topic. This children’s version just makes it so much fun. It also manages to include a strong culture of family, neighborhood, mentoring, the importance of broad education, and why the classics are so great. Just the bookshelf illustration on page 13 is worth the price of the whole book.

If children would just read the titles on that page, it would have a huge impact on their education.

I think the thing that made it so effective was that the kids just saw the cover and wanted to read it, and then they did so with adults sitting there and we talked about what we learned.

It led to real depth of discussion, and I watched two young people finish and it and leave very inspired to go read and learn more.

Some books just plain have it. Connor’s book is one of them, an instant kid’s classic. If you have kids or grandkids, this is a great book for them.

Second impression, reading through: OUCH! this is a little hard-hitting. It’s teaching kids to be wary, suspicious and critical of government! This is America. We love our governmental form! We take great pride in it! We don’t want to teach our children to be suspicious and wary, do we?

Third impression, considering afterward: DUH! That’s our job as citizens – to be the overseers of freedom. We are the government, and the entities at the local, state and national levels have power only as we delegate to them. It’s our job to be wary and to step in immediately whenever these entities overstep their delegated authority.

Not just our “moral duty”, like administering the Heimlich Maneuver to a stranger in a restaurant when he’s choking; it’s our job – the thing we do all day every day because our way of life depends on it. That’s our role in society; and too few of us realize it, or own the responsibilities it entails.

I happened to be chatting live with the author, Connor (whom I’ve know sort of from a distance for years), when my daughter Meri brought the book and sat on the foot of my bed as I worked. She read quietly for a time. Then she started uttering little comments. They escalated to exclamations. Here’s the running feed I shared with Connor as we talked on the instant messaging:

Meri: “This book is confusing. This book is saying that there’s such thing as ‘legal plunder’. What does that mean?”
Me: “that the government doesn’t punish itself for taking people’s stuff”
Meri: “!!! It’s still wrong, isn’t it??? I thought we lived in a free country!!”
Me: [typing as she speaks. Oh, Connor, the thing you have done…]
Meri: “THIS IS AMERICA!!!!” (she says) “If the founding fathers knew this was going to happen to American they wouldn’t have even invented it!”
Me: [typing to Connor: I won’t burden you further. But know, this is going to rock the world. Bless you!]
After this little exchange was through, she continued reading, commenting and asking questions. When she finished the book, she said to me: “Man! My brain just can’t quit thinking about this! And to think I came in to ask you if I could watch a video about walking with dinosaurs! This was way better. This is really making me think a lot of new things!”
‘Nuff said.
We don’t carry a lot of titles that we didn’t produce ourselves (cost and logistics make it hard to pay for itself), but we’re making an exception on this book. It’s just so worth it!