“What About Their Careers?” the Father Asked

“How will math ever help me in real life?”

Every math teacher and a lot of parents have heard this question—more than once! And what homeschooler hasn’t heard the familiar query: “But what about your kids’ social development?”

A new question in the 21st Century is a little different. As the popularity of Leadership Education, TJEd, classics and classical learning continues to expand, a number of people (mostly Dads, it turns out), are asking:

“How will reading a bunch of classics help my kids in real life?”

Top people in every major field are well-versed in the classics as well as the other important knowledge needed in their career. The data and evidence on the impact of reading classics are clear. For example, “Steve Jobs was reported in The New York Times as being a lifetime student of the writings of William Blake, and Visa Founder Dee Hock put writers like John Steinbeck and Wallace Stegner to similar use.

“Eventually, Hock came to consider Omar Khayyam’s Rubaiyat the most helpful work of literature. Nike founder Phil Knight also build a large personal library of literature and poetry. In his book First Things First, Stephen Covey called this consistent approach of learning leadership from the great books by its own title: wisdom literature.”[i]

Leaders are readers, in all fields. And the best leaders read the great classics, along with other important books. The classics teach readers (young and old) to think. The classics help them think more deeply, more creatively, more clearly, more effectively, and with an eye toward applying what they learn as they read.

“The most successful CEOs are reported to read an average of 60 books and attend more than six conferences a year—whereas the average American worker reads an average of less than one book and makes 319 times less income.

“Although the media often discusses the disparity between the rich and the poor, they frequently fail to cover the amount of time and energy the wealthy have committed to reading, studying, and educating themselves….

“The most successful people I know read everything they can get their hands on. They approach a $30 book as though it has the potential to make them a million dollars. They see every opportunity to train and educate themselves as the most solid and sure investment they can make.”[ii]

One billionaire, Peter Thiel, the co-founder of Paypal and a close student of great books by Ayn Rand and others, felt so strongly about the weaknesses of traditional school training and the strength of the leadership approach to education that he “recently offered a number of $100,000 grants to students who were willing to drop out of college and start a business. Many top leaders are increasingly seeing college as a waste of time.”[iii]

A number of leaders are also promoting great education that combines the reading of great books and classics with hands-on entrepreneurial experience.[iv] And again, great leaders are great readers. Washington, Adams, Jefferson, Madison and Monroe read the great books, including Cicero, Plutarch, Thucydides, and Shakespeare, among others, as did presidents up to Lincoln and clear until Teddy Roosevelt.[v] 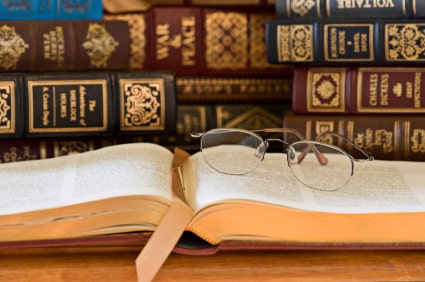 In fact, every U.S. president read many of the great classics. Truman was a voracious reader of the Bible, history, and the classics, and others who read numerous classics include Eisenhower, Kennedy, Johnson, Ford, Carter, Bush, Clinton, Bush, and Obama.[vi] Nixon was a lifetime reader of Tolstoy (this clearly impacted his life), and Reagan loved biographies of Teddy Roosevelt and the writings of Milton Friedman.[vii]

Churchill, Disraeli, and Thatcher were notorious readers of the classics, as were nearly all significant political, business, religious and societal leaders in the eighteenth, nineteenth, twentieth, and twenty-first centuries. Gandhi reportedly studied Gulliver’s Travels and the writings of Francis Bacon, among others. The list of great people reading classics is as long as the list of great people.

So how will reading a bunch of classics help your kids and youth? It will have an impact on all their other studies, help them be better thinkers and leaders, and have a direct positive impact on their earning potential.[viii]

And it makes other areas of learning more fun—meaning that most students will be more excited about and focused on their education.

How do classics help our kids? Just ask the leaders of our nation, economy, churches and society. Why wouldn’t we want every young person to get the kind of great education our top leaders receive? What on earth would possess us to cheat them of a great education? What parent wouldn’t want such a proven education for success for each of their children? That’s what Leadership Education is all about.

[v] Tevi Troy, “For Obama and past presidents, the books they read shape policies and perceptions,” April 18, 2010, The Washington Post.