On the Shoulders of Mommy and Daddy by Emma DeMille Cox

Giving Your Kids a Head Start

Listen While You Play 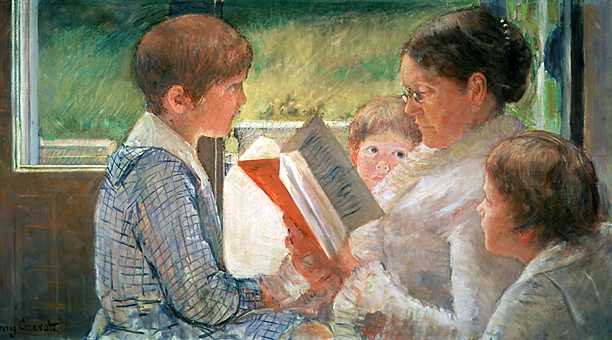 A few weeks ago, Ian and I traveled down to my parents’ house with our little boys, to do the month’s MIC recording on Shakespeare’s “Romeo and Juliet”.

We spent several days there, and as you can imagine, there was a fair amount of discussion about the two young lovers, both during and outside of the recording.

Never once did we sit Walter (our two-year-old) down and give him a lecture on the various plot points, themes, and characters of the play.

In fact, as far as I noticed, he was too busy running around with sticks, rocks, and aunties to be interested in any deep thematic analyses or technical deconstructions, even if it was about one of Shakespeare’s most famous works. Frankly, he was being a typical little boy, and having a fantastic time doing so.

Naturally, we didn’t mind the reprieve, as it allowed us to indulge in some fulfilling adult conversation.

In any event, the week came and went and we made our way back home and began to settle back into normal life.

Weeks later, my sister and I watched a movie where one of the main characters was named “Juliet.” When someone in the film said the name, Walter came running over from the project he was working on, and exclaimed, “Yesterday [he’s in that stage where “yesterday” is any day before this one], Grandpa was talking about Juliet! She died.”

This last part he said with such a sorrowful yet matter-of-fact demeanor, that it really was something. Then he continued with a question:

“But what happened to Romeo?”

Core Phase and You, not Them

Trying to hide my laughter and adopt the seriousness that his somber voice demanded of me, I informed him that, sadly, Romeo died as well.

At the time, his only response was a slightly mournful, “Oh. Yeah,” and then we both moved on with our activities.

Later, as I told the story to Ian, Walter came running up again and asked, “Are you talking about Romeo and Juliet?” At our nod, he informed us with proper solemnity, “They both died.”(spoiler alert)

Going forward, it was somewhat commonplace in our home for several days, to see Walter perform an epic death scene, in the manner of young boys, followed by the announcement, “I’m Romeo!” or, “I’m Juliet!”

On many other occasions, I’ve been astounded at the knowledge he’s shown and the truth he’s taught regarding God, our family’s core book, other classics, and many other topics that deeply matter to us, many of them things we’ve never specifically sat-him-down-and-told-him, but which he’s picked up from our many discussions–many, at times we thought he wasn’t listening.

Sometimes the best thing you can do for your kids’ education is focus on your own.

Realistically, when we put all our energy into our kids’ education, it’s very easy to neglect our own, while​ the opposite just isn’t quite true.

In fact, when we openly focus on our own education in the home, it’s almost impossible for our kids to not progress and benefit from it. They really do learn simply from our learning, as we discuss and share our thoughts and epiphanies. And, at the same time, watching us get excited about our studies will inspire them to find the same studiousness exciting and fun.

Growing up in this environment, they’ll have a natural desire to pursue their own interests​ and passions, and they’ll know they have an ally-in-learning in you, so they’ll continually come back with questions and thoughts for your guidance and mentoring. 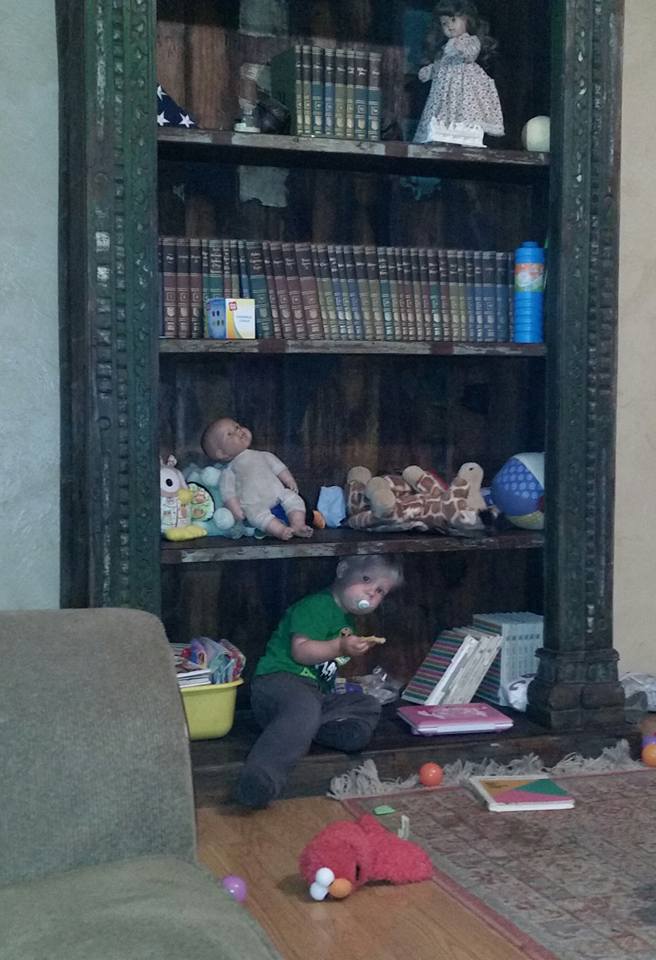 Children are really good at watching the people around them and copying what they see. They smile when we smile. They want to eat, because they see us eating. They learn to walk, because we walk.

This is true even on a more intellectual level: they laugh, make noises and even learn to speak the language we speak, all because they’re immersed in that environment.

Fortunately for parents who want to raise kids who pursue top-quality, classical, excellent education, this same parroting-of-parents effect applies when it comes to great reading, writing, discussing, calculating, experimenting, innovating and learning in general, as well as knowledge of important ideas.

To put it simply, it’s amazing what your kids will naturally learn when your home is an environment of learning. And, the simplest, best way to create such an environment is for you, the parent, to start getting a superb education right now. Today.

This is powerful. This is real. And it is so worth it.

Emma DeMille Cox (b. 1992) is the second child and oldest daughter of Oliver & Rachel DeMille. She is married to Ian Cox, and they are raising their two boys and a girl – Walter (4 in June ’18), Timothy (2 in March ’18) and Rebekah (born May ’18) in Southern Utah. The Coxes are enjoying the thrills and advantages of entrepreneurship, as he is a mentor of liberal arts and leadership, and she is a full-time mother, part-time writer. You can hear both of them share their wit and wisdom on the Mentoring in the Classics series >>, and your youth can get fired up for Scholar Phase with Ian and Emma on TJEd High >>

About the Author: Emma

Emma Cox is the second child and oldest daughter of TJEd.org’s Oliver and Rachel DeMille. She is an accomplished ghost writer and editor with several best-selling titles to her credit, and mother of two rambunctious and clever boys as well as two beautiful girls. She and her husband Ian Cox have been married since 2012, and together they are Head Mentors for TJEd High.