Lessons From the New Feminism: The Weekly Mentor 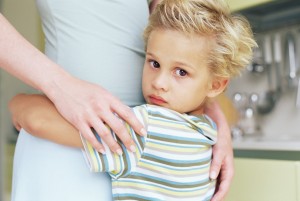 Once again in 2013 we have a new focus in feminism.

Years ago, feminism stood for the rights of women, and later an emphasis on women being treated the same as men.

Then came the time when feminism was all about career options for women, and finally in the 1990s and 2000s the focus was on how women can “have it all,” meaning fulfillment from both career and family.[i]

A big shift occurred in 2009-2011, when a host of articles showed that there are now more women than men in college, that women did much better than men financially in the Great Recession from 2008 to 2010, and that if current trends hold, the economic future for women in the United States is much more promising than for men.[ii]

For a time, authors suggested that maybe the feminist fight was over because women have won.[iii]

Now, for some reason, in the second decade of the twenty-first century the whole thing has taken a strange turn.

The media refers to it simply as “The Mommy Wars,” and in recent months it has reached high pitch.

There are two sides to the Mommy Wars, as outlined in a recent article in More magazine.[iv]

On one side are stay-at-home moms who are upset that they are “looked down on” by mothers who work, and on the other side are women who work and feel “judged” and “misunderstood” by the stay-at-homers.

The sad thing is that this new brand of women’s debate has turned mean.

The two sides have a lot of angry things to say about each other—things far beyond the question of whether to stay home with the kids or find daycare and go to work.

For example, they routinely criticize the kind of food the other type typically serves their families, what makes a good marriage, or the way the other side interacts with schools and makes educational choices.[v]

Another thing fueling the debate is that when men are surveyed on the Mommy Wars, they overwhelmingly side with the stay-at-home moms.[vi]

Needless to say, many working moms are neither surprised nor amused.

Another emotionally-charged point is that a lot more stay-at-home moms describe themselves as “very financially secure,” while many who work say that it is a financial necessity.[vii]

Perhaps the most interesting thing in this debate is that it is generating more emotion, anger and involvement than the old-style feminist debate about male versus female roles.

Men are apparently off the hook in the new culture wars.[viii]

But what does this have to do with The Weekly Mentor?

Well, whichever side you tend to support in this stay-at-home versus go-to-work debate (and even if you don’t take a side at all), there is one part of this that is really striking.

In the center of the debate stand our kids.

This is a big deal.

And the debate boils down to this: If you want your kids to end up in therapy, or just struggle through life, here is the formula:

These things may seem ridiculous, but they have become the norm for far too many parents—dads as well as moms.

As Jeff Blume put it, “We’re confusing our own needs with our kids’ needs and calling it good parenting.”[x]

Too many parents think if their kids excel, people will think they’re good parents, and so they set out to make sure they excel.

They worry about what the neighbors or extended family will think of their kids’ learning, so they are tempted to drive them to the wrong kind of education.

And many from both groups of parents—the stay-at-homers and the go-to-workers—are making this same mistake.

The thing is, there’s a real solution for all this. It’s called Leadership Education (TJEd).

Or, if you don’t like labels, call it great education that truly inspires.

The keys to this kind of learning and parenting are simple.

They boil down to:

We don’t need to get caught up in a debate about whether mothers who work or stay home are better.

Seriously, what a waste of time. Who are we, or you, to say what everyone else should do?

Whoever you are, there will very likely be times in your life when the right thing will be to stay home and others when your best choice is to work.

Our kids deserve a truly great education. Are they getting it?

Can you set a better example? Can you apply the 7 Keys better?

We know we can, and that’s what the real focus should be.

Now that’s something worth fighting for.

For more ideas on building an personal library of classics, and on how to engage your family in reading and discussion great works, download our Family Reading e-book.

Oliver DeMille is the co-founder of the Center for Social Leadership, and a co-creator of TJEd.

He is the author of A Thomas Jefferson Education: Teaching a Generation of Leaders for the 21st Century, The Coming Aristocracy: Education & the Future of Freedom, and FreedomShift: 3 Choices to Reclaim America’s Destiny.