In Context: A Commentary on Scholarship 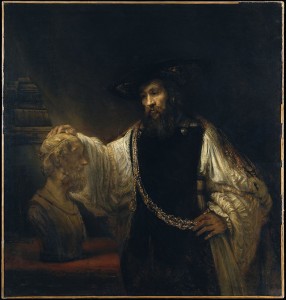 I once read an article by two religious scholars who were very concerned about the qualified and credible scholarship of an individual with what they considered to be a competing religious worldview.

It was intriguing to consider the controversy from the point of view of these intellectuals and the author they were reviewing; and yet, I wondered if all of them together—and perhaps their readers as well—didn’t miss the mark.

Here’s a debatable question: Is it laudable for an individual writing about his religious studies to be noted for scholarship by leading scholars?

Or is it rather evidence that our scholarship is often out of context?

Of course, it is laudable to have solid scholars of topics tangential to religion who produce sound and compelling work.

But ultimately it is not only impossible to win out of context, it is also imperative to win in context—which means that scholars must first be in context.

The world of modern Western scholarship has a set of assumptions, ideals, values and goals, and being found laudable by these measures is not necessarily good.

It may mask the fact that we are found wanting in the really valuable things—the things which the context of religion itself demands. Scripture (an

d the religious culture which flows from it) has its own set of assumptions, ideals, values and goals which demand fulfillment.

What parents understand and believe about education (as well as their own educational experience) has direct impact on their child’s education.

Most of us in the U.S. were educated in schools with a strong allegiance to Aristotle, and that rubs off on our children.

How parents view schooling, its fundamental goals and methodology, is more important than the geographical setting—public, private or home.

And Aristotle reigns supreme in all three types of schools in the modern United States.

I think it may be time to change that.

What I’m calling “Aristotle Education” is not an accepted term.

Let me give a very immediate example of what I mean by the term.

By design, this article is not intended as a “scholarly work” with footnoted citations, but rather as a few philosophical musings about our current educational situation and what we might do about it.

Modern adherents to Aristotle Education would likely recur to evidential, empirical and logical arguments in an effort to point out flaws throughout this paper. This is my point.

Such analysts, out of the context of this paper’s meaning and intent, aren’t going to their emotions to find answers.

Or to their feelings, which would be what I’m calling Shakespearic.

Or to their knees.

Whatever they argue, they are doing so from their minds, from the context of Aristotle.

Some of those who follow Aristotle most zealously are the most vocal in their disagreement with him specifically.

Zen and the Art of Motorcycle Maintenance pointed out that Adler and others wouldn’t even use Aristotle’s name because of the backlash.

Put simply, I am using the term Aristotle Education to denote the Western assumption that truth comes through proving to the mind using evidence and rational support.

I will us the term “Shakespeare Education” to represent the viewpoint that intuition and emotion are the source of truth.

New Testament and other types of education rely on still other foundations for truth. Each system is rooted in its own core assumptions and goals:

Dr. Neil Flinders wrote of his:

“. . . effort to trace the emergence of Western scholarship from its essentially Greek origins to the modern period. The pattern that emerged from that exercise indicated three rather clear and distinct traditions of scholarship:

“First, there was what I called the revelatory, testimony, or faith-based tradition held by the Hebrews. In this tradition the scholar begins his or her search and delivers the subsequent report by overtly attributing some, if not all, of the premises to a divine source. The ultimate burden of proof for validating the claims of the report in this tradition resides with the person hearing the report not the researcher making the report. It is very sympathetic to personal agency [choice and accountability]. This faith-based tradition urges discussion for its value of clarification—not disputation. The reporter says ‘I testify;’ please ‘ratify’ my conclusion for yourself.

“Second, there is the oratorical tradition of scholarship which thrived on its treatment of poetry, rhetoric, and oratory. The oratorical tradition promotes the great literature of the respective ages and emphasizes the importance of language texts and expression linking the past with the present. This tradition sailed from antiquity (think Iliad and Odyssey) into the modern world, where it is generally harbored in what we call the humanities. In more recent times, the rigor of method in this tradition ranges from the view of Noah Porter (the New Haven Scholars) to Ralph Waldo Emerson with his intuitive rather than structured approach. There is little room and no requirement for a personal God in this tradition; deities may be subject matter, but they do not control the scholarly methodology—man does.

“Third, there is the philosophic or scientific tradition of scholarship. In contrast to the oratorical approach which relies on and reveres tradition, the scientific approach often ignores and attacks tradition. It seeks to explain real men and women in a real world—meaning that when properly understood all reality can be reduced to physical matter acting on physical matter. This tradition focuses on mathematical numbers, measurement, and experimental demonstration—cold, hard science. There is no place in the institutional form of this tradition for a supernatural domain or for a self as an initiator of action. Everything is part of the natural domain, there is no other. This positivist tradition dominates our modern world and is justly credited with producing our numerous industrial and post-industrial advantages. Divinity, as viewed by the modern scientific establishment, is not personal; it is symbolic mythology. Hence religious or social myths, as contemporary anthropologists tell us, may in fact have some value but only in a symbolic sense.” [from Teach the Children, by Flinders]

Civilizations rise around a central classic, or great book, from which flow other great works of art, music, literature, philosophy, mathematics and government.

Civilizations contain all six of these elements, all rooted in a primary, founding, central great book.

For example, Jewish civilization sprang up around Torah, the New Testament birthed and nurtured Christian society, Islamic culture flows from the Qur’an, Chinese society is founded on the writings of Confucius, and so on.

Each of Huntington’s civilizations have a central classic.

Hindu society—including art, music, literature, philosophy, mathematics, and government—is based on the Vedas, English civilization is deeply rooted in Shakespeare, and Western Civilization flows from the writings of Aristotle.

The United States civilization began and flourished as a mixture of Christian, Western and English roots—in that order of priority.

It adopted the New Testament, Aristotle and Shakespeare as its mentors, standards of authority, national books.

That the adoption was informal is only a natural result of the New Testament’s and Aristotle’s methodology—it would have been surprising had it been otherwise.

The three leading works of the era are: the Declaration of Independence, with its mix of New Testament-isms and startling juxtapositions with the ideas of Enlightenment disciples of Aristotle; the Constitution, rooted firmly in Montesquieu’s rewrite and update of Aristotle; and the writings of James Fennimore Cooper, which analyze the human being in classic Shakespearean form and also develop the new kind of human—the American—in archetypical Shakespearean style.

We should accept truth wherever we find it, as confirmed by the Spirit, rather than letting an Aristotle-based educational bias obscure the truths within these sweeping generalizations.

This is the crux of the problem.

As David Grant put it: “Our Aristotelian presuppositions precisely cloud our ability to discern and accept spiritually-confirmed truth.”

This is really the primary, or most foundational point.

Some worldviews start with reason, others with prophecy, still others with direct inspirational experience when they create their philosophy of education. Where they start makes all the difference.

Both reason and revelation are needed, but it is vitally important which is primary—which is the pilot and which is the co-pilot, as Flinders put it.

Most Americans are frankly unaware Aristotle is their educational pilot, but their assumptions, actions, dialogues and choices clearly show that they are deeply rooted in Aristotle.

The more formal schooling they have, the more deeply they are likely to be Aristotle-rooted.

This has value in context; it can be problematic, however, because when they study religious works, they tend to apply their Aristotelian training.

As Allan Bloom pointed out in The Closing of the American Mind, the Bible and the Declaration of Independence were still revered, memorized and “believed in” as standards of truth by the youth of the United States as late as the late 1950s.

By the mid 1960s, however, much of the youth had lost these universal standards—by the late 1980s this youth culture had grown up and the nation had also lost its standards.

Aristotle was now the central standard.

Thus, after losing the Bible as its central standard between 1960 and 1990, the United States tried to manage with Aristotle alone.

Each of the three types of education developed its own educational methods and designs, each based on its assumptions and directed toward its own objectives.

What I call Aristotle-type education is based on the assumptions of empiricism and directed toward practical job training.

Both have the goal of training and informing the character.

Since about 1970 the fundamental clash of American education, from primary through higher education, has been between Aristotle and Shakespeare—sometimes working in tandem, but often tugging back and forth between job training and whatever values were popular that decade.

The rise of homeschooling in the 1980s and charter schooling in the 1990s were influenced by both New Testament (often right wing and/or evangelical) and Shakespeare (usually left wing) education, and both groups pushed for their brand of character education in response to the Western, relativistic, scientific, empirical, materialistic approach of Aristotle-based public schools.

The voucher movement of the late 1990s and early 2000s was mostly a reform movement rather than a revolution, meaning that it promoted better Aristotle job training rather than new educational models emphasizing character development.

The intrinsic prevalence of the Aristotle model compromises the objectivity of virtually everyone engaging the discussion on education, defining not only the answers we have sought to promote, but the questions themselves.

Even as one of the governing values of the Aristotle model is scholarly objectivity, its very paradigm compromises our ability to be impartial–because we are not aware of the confines of our worldview.

As students and mentors, it behooves us to consider and be aware of the intellectual strictures that define our discovery and our thought. We must become conversant in all three of the mentioned educational paradigms, and consider the appropriate applications for each. 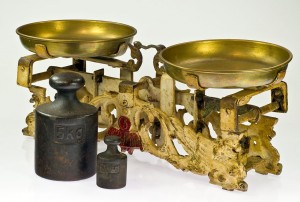 [Abridged and adapted from a previously published article by Oliver DeMille]