The Easy Way to Inspire: The Weekly Mentor by Oliver DeMille

Recently our married daughter got involved in a discussion we were having online with some friends about the meaning of “Inspire”. She commented that in her experience (and being raised in the heart of TJEd, she has a really unique and credible point of view) “Inspire” is pretty much the whole ball of wax.

How to get a student inspired to really choose studying, and love it, day after day, is easily the most frequent question asked by beginning TJEders. And when you are truly inspiring, your students will want to study even more than they’ll want ice cream or television. I know that sounds crazy to some of our readers, but hear me out. 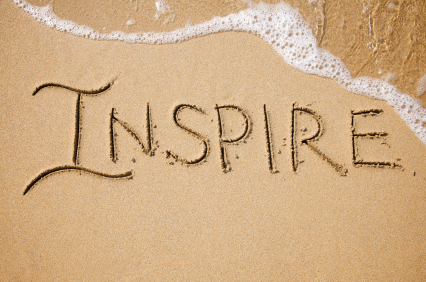 The key to this is truly simple and relatively easy. In fact, it is so basic that some people have a Naaman complex about it. Remember Naaman, from the Bible? He had leprosy, and Elisha told him to go wash seven times in the Jordan River and he’d be cured.

Naaman was a man of the world, an accomplished leader, a person of some means and education—and this answer was just a little too simplistic for him. So he decided not to follow Elisha’s direction. Later he changed his mind, did the simple task, and was cured.

That’s how simple it is to be truly inspiring. It’s so easy we sometimes fail to do it because we think that something so basic just couldn’t work. But it does. We think something so important must be really difficult. But it isn’t.

Here’s the secret. If you want your children and students, especially children between the ages of 4 and 14, to learn something, figure out the best way for them to learn it in a way that is really fun for them, but also effective—and then do it with them.

Simple, right? Just do it with them. Period.

Swish! Perfect! Nothing but net!

It’s amazing how hard it is for many of us moderns to get something so easy into our minds. Most mothers wouldn’t just tell their 6 year old, “Please go make lasagna for dinner.” Few 6-year-olds know how to make a lasagna all by themselves.

And not many dads will tell their 9 year old, “Go change the oil in the car, give it a good tune up, change out any plugs that need it, fix any frayed belts, and get it ready for the big family trip tomorrow.”

These things don’t make a lot of sense for most 6 or 9 year olds. (If your family is an exception, bravo!) But a lot of moms will have their 6 year old help make lasagna, showing him or her what to do as they go, and many fathers include their 9 year olds in fixing up the car as needed, teaching him or her every little step of the process.

All of this seems pretty obvious. We coach them on many, many things in life, from sports and music to cooking and cleaning. But let’s bring math, science, or Shakespeare into the equation. The ironic fact is that many parents do just tell their kids, “Go study math.” “Finish your math assignment.” “Finish those pages before you play.”

The assumption in many such cases is that someone else, a teacher perhaps, is teaching the student what he or she needs to know to do the math problem. But there is a big piece missing in this scenario—something most people don’t think about.

Yes, making lasagna, fixing the car, and doing mathematical problems usually go better when an adult helps you. We all get that. But that’s only half of the equation. There’s a much more important point. When a parent helps you do these things, at least if the parent has a good attitude about it, the whole project is a lot more fun. Way more fun! Lots of times such activities are loads of fun, in fact.

For nearly all young children and early teens, doing things with Mom and/or Dad makes it much more fun. And, by extension, it is a lot more inspiring.

Mitzi Dulan, dietician to the Kansas City Chiefs professional football team and author of The All-Pro Diet, wrote that convincing her own kids to eat enough fruit and veggies was a lot harder than convincing a 300-pound lineman.

She wanted to get them excited about freshies, which many parents would consider a very difficult chore. Actually, it was easy. Mitzi wrote: “My approach is to get them physically involved, educate them as we go and make it fun. When kids feel like they are playing, they’ll try anything.”

At the grocery store, “I’ll ask them to pick out two new types of fresh veggies or fruit they want to try, or have them do a scavenger hunt for produce in their favorite color. They love making the decisions. And trust me, if they choose it, they’ll eat it.” (First Magazine, 7/26/10)

This is, in a nutshell, the principle of “Inspire.” It works. We just have to believe it. And use it.

It may seem simple, and it is. But only if we just jump in and start inspiring—by doing things together with our students.

For help in mastering and applying the principles and techniques of coaching and inspiring, check out our award-winning TJEd Implementation Course, “Mentoring in the Classics” >>