Why Are We Lying to the Kids?: The Weekly Mentor 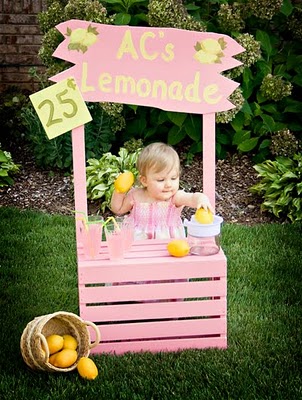 The subtitle to our book A Thomas Jefferson Education is: “Teaching a Generation of Leaders for the Twenty-First Century.”

I really believe in this. It matters. The leaders of the 21st Century live in our homes. And we can truly help them live up to their great potential.

So I’m going to say something some people won’t like, but this is really important.

There is one big problem that is stopping so many of the rising generation from getting an education that truly matches their potential.

This big problem is surprising for modern people, because we have been convinced that getting a job is the ultimate goal of education.

There is a higher goal, which is greatness. Another higher goal is goodness.

And another is wisdom, as Allan Bloom argued.

Next to these, there is a higher economic goal, which isn’t about jobs at all.

Only nations where free enterprise flourishes remain free. No other kind of nation allows the majority of people to live in prosperity.

History is predominated by other forms and models, from feudalism to socialism to communism, etc. – which is why freedom is rare in all of human history.

The few have had most of the wealth while the masses have struggled just to make ends meet.

Yet TV, Hollywood, the media and the government seem committed to portraying entrepreneurship as villainous and greedy; and nearly all educational institutions perpetuate the idea that the primary goal of schooling is to prepare for a job (not to start and build businesses).

But free nations are always built on entrepreneurship – that is, the vocation of creating value, producing products or services using vision, initiative, and wise risk, providing opportunities for employment and advancement to those who cooperate in the venture.

This was part of the original “American Dream”, and it benefited everyone with a strong economy, a self-reliant populace, abundance enough to care for the needy and aged, and citizens who lived and thought like leaders.

Plentiful jobs are just the natural by-product of having lots of successful businesses.

And yet, too many parents are swayed by the prevailing cultural attitude.

Indeed, very few parents teach their kids that entrepreneurship is even more important to the future of freedom than most other jobs; they don’t even go as far as to promote it as an honorable choice–as good as any other career.

But consider: If there are no entrepreneurs, the only employment is in government jobs.

And too many of these are like those found in socialistic and communist nations—bereft of opportunity for creativity, advancement or significant personal development, being bureaucratic, dead-end, soul- and dream-stealing drudgeries.

Anyone who likes good jobs and high employment rates either likes entrepreneurship or doesn’t understand where jobs come from.

“The conveyor belt educational system teaches students to scorn the entrepreneurs it prevents them from becoming.”

This is important in two ways:

Those who overcome these two obstacles usually do so in spite of “education,” not as a natural result of it.

But this is bigger than just education. It has reached the point where it dominates much of our politics. W. Cleon Skousen wrote:

“The highest level of prosperity occurs when there is a free-market economy with a minimum of government regulations.”

When we teach our children that success comes from a society of job seekers rather than business builders, we naturally convince them that a good society needs an intrusive government that is closely involved in all facets of controlling the economy. “The more government the better,” this tells them.

It’s “Adam Smith out, Karl Marx in,” as Skousen put it.

That’s where we are.

The generation that tells its children that school is all about getting a job, and actually believes it, will also vote for bigger and bigger government that makes entrepreneurship increasingly difficult.

Educational quality will continue to decrease, and the economy will become more and more difficult for regular families.

Jobs and capital will go to nations that encourage entrepreneurship. People will scratch their head and ask, “Why is this happening?”

Then they hope the government will fix it for them, and things get even worse.

The solution is simple: Give freedom a real try.

Tell the children the truth, that the best thing they can do for the future of freedom, and for their own careers and income, is to become a successful entrepreneur.

And really support them in pursuing this goal.

Parents of the world, awake! The future is in your hands, and this one simple thing will make all the difference.

If a new generation of young people chooses entrepreneurship, pretty much every challenge in our modern nation will eventually be fixed.

Whatever your youth’s passion, they can build a business around it and/or adopt entrepreneurial principles and attitudes and do much more to improve the world than most “jobs”.

This isn’t for everyone, but it is for a lot more than the 3-5% who currently choose it.

We are failing many of today’s youth by not helping them realize that for many of them building businesses will help them really excel in their interests and life mission—even more than many jobs.

And only fathers and mothers can make this change. Nobody in Washington can do it, but you can.

It won’t apply to some of your kids, and that’s great. The key to Leadership Education is to personalize.

For some of today’s youth, entrepreneurship is their best future, and their parents are best positioned to help them see this and prepare accordingly.

One thing is for certain; this is the exact message that a whole generation of today’s youth in China are learning.

And if current trends continue, the 21st Century will be the China Century, as many experts predict.

If today’s Chinese youth become the world’s entrepreneurs, while their North American peers only care about jobs, the standard of living will drastically shift in both places.

Today’s parents have all the power in this.

For more of Oliver DeMille’s writings on education and the future of freedom see: