A Certain Kind of Book: The Weekly Mentor by Oliver DeMille 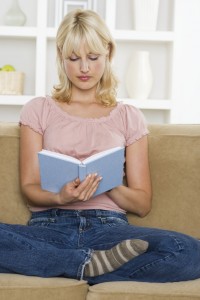 “Are you enjoying it?” Emma asked.

“Absolutely,” I responded passionately. I put the biography of Winston Churchill on my lap. “This is a really great book.”

Then I paused, reconsidered, and said, “Actually, in some ways it’s kind of boring. But it’s really fantastic…”

Emma laughed, and her husband Ian looked up from the book he was reading and grinned widely. “That’s an interesting description,” Emma said. She used her pixie voice, so I could tell she thought I was being funny.

“No, seriously,” I said. “It’s slow and very detailed, but it’s one of the best books I’ve read this year.” I tried to think of the right way to describe what I meant. Emma looked at me expectantly.

“Here’s the thing,” I said slowly. I looked up and attempted to compose the right words. “It’s that special kind of book that’s not so good by page, but it’s really great by chapter.”

I stopped talking, and Emma’s face ran from amused to surprised to intrigued. Ian closed his book and put it away to focus on the conversation. “That’s a powerful statement,” he said.

“It really is,” Emma nodded. “That’s deep. ‘Not so good by page, but really great by chapter.’ That really makes me think.”

She put her baby in his carseat and sat forward in her chair. “Dad, you’ve got to write about that.”

The truth is, there is a subset of books that meet this criterion. They are difficult at the page-by-page level. They don’t shout at you from the shelf: “You just have to read me! I’m awesome, and fun, and exciting!” In fact, their message is more like an infrequent whisper, “Read me. I’m worth it.”

That can be hard to hear. We’ve all heard about the squeaky wheel getting the grease. A book that is important, but not especially exciting, sometimes doesn’t compete well in our modern world of pressing tasks, needy people, and glittering entertainment options.

But taken as a whole, such great books can be downright amazing. They’re magnificent by the chapter—because when you finish a chapter and pause to think, you realize that you’ve just learned more in a few minutes than you usually learn in a day or week. It’s that deep, that profound.

For example, the page I was reading when Ian and Emma asked me about the book has three paragraphs. Just take a closer look at one of them:

“Considering the expense of keeping him in the cavalry, his mother may well have been taken aback by his lack of military zeal. But Winston disliked the ‘mental stagnation’ which began to afflict him and which he realized to be ‘quite in accordance with the spirit of the army.’ He determined to resist it by reading systematically in economics and history. His mother urged him to get up some subject relevant to his profession, such as ‘Supply of Army Horses’; but he replied this was a topic ‘calculated to narrow and groove one’s mind’. He deplored the fact that his education, even at Harrow, had been so vocational in character; and he at once tackled Henry Fawcett’s Political Economy, and planned to follow up with Gibbon’s Decline and Fall of the Roman Empire and Lecky’s European Morals.”*

Like I said, that’s one paragraph. On its own, it is interesting and detailed. Just the fact that Churchill thought his early education was too vocational and, in his words, “calculated to narrow and groove one’s mind”, is a truly great thought.

And his list of readings is intriguing, because he obviously thought it would be more suited to broad leadership thinking. Interesting.

But the paragraph isn’t glitzy, showy, or earth-shattering. It isn’t as immediately entertaining as many television shows, movies, or the latest Pentatonix release. It’s certainly not as novel as today’s posts on Facebook or Twitter. It has its appeal, yes, but only if you’re willing to think.

And that’s the thing. Thinking is hard. Also great. Thinking does something profound: it brings us face to face with greatness. It causes us to grow, to change, to improve. It makes us better.

That’s why quality education is always rooted in thinking. Learning and thinking are inseparable companions.

The paragraph above is powerful all on its own. It makes me want to know more about the educational methods at Churchill’s elite secondary school, Harrow. It invites readers to check out classics such as Gibbon, Fawcett, and Lecky.

It asks a bunch of deep questions, like what exactly are “European morals” and why do so many careers encourage what Churchill called “mental stagnation” and “narrow groove” education?

The whole thing lifts our gaze. It raises our thoughts to a higher level. It fills our eyes and minds with wisdom. It’s real education—baptized in learning rather than the rote repetitive tasks of institutionalized schooling. In short, it is great.

All that in just one paragraph. That’s the power of the classics. The chapter containing this paragraph has a total of 57 paragraphs spanning 26 pages (that’s some very long paragraphs!). So while each page might go a bit slowly, when you finish a chapter it’s amazing how much you’ve learned.

When you find a book whose pages aren’t all that showy but whose chapters are truly great, you’ve found something very valuable! Read it! Use your pen and take lots of notes in the margins. Pause, ponder, agree or disagree. While you read, slow down and think.

(I highly recommend the best book I know of on how to read a book and really get the most out of it: Turn the Page)