The Problem with Education: The Weekly Mentor 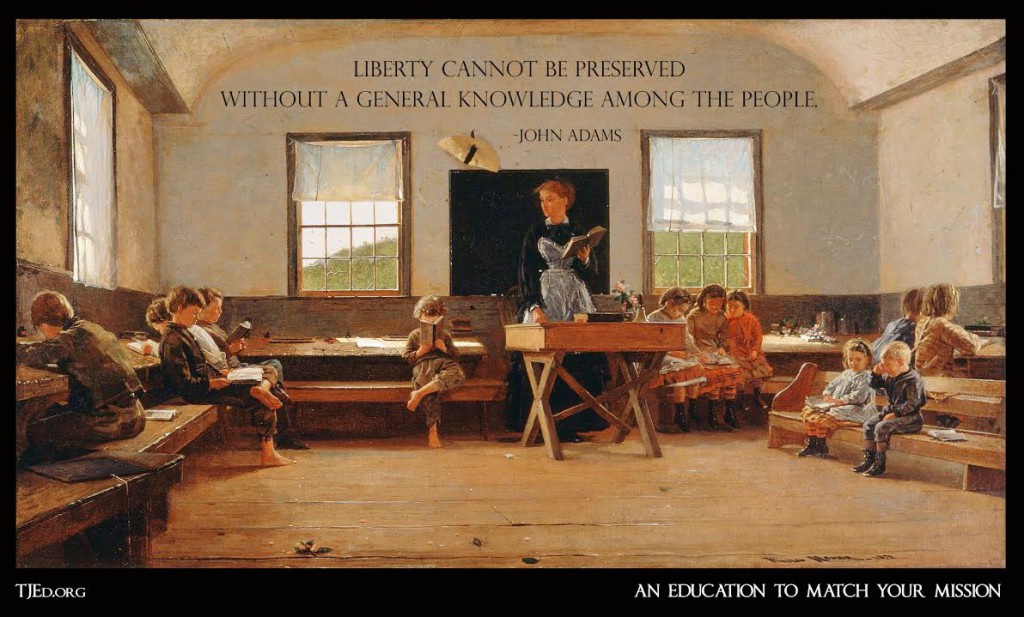 This is going to be short, because despite what many experts say the problem with modern education isn’t deep or complex.

The problem is that we’ve forgotten why we educate.

When the American founders adopted a system of education for all youth in the growing nation, and made it law through the Northwest Ordinance, they did it for a specific reason.

The reason was, as John Adams put it:

“Liberty cannot be preserved without
a general knowledge among the people.”

The founders wanted every child in the United States to get a good education, because they knew this one thing would be the most powerful influence on the future of freedom.

America benefited from this and grew in prosperity, power and global influence.

But somewhere along the way we lost our reason for educating.

In the 1930s, for example, the Left argued that schools should be used to promote more social justice, and the Right contended that the main focus of schools should be training young people for jobs and careers.

While both of these agendas have some merit, the loss of freedom as the central purpose of American schools has had a terrible impact on the voting public—and as a result, freedom is in decline.

In a nutshell, this is the problem with education today.

The good news is that the solution is actually quite clear.

As Orrin Woodward and I shared in our book LeaderShift, founding father Samuel Williams wrote in 1794:

“All the children are trained up to this kind of knowledge: they are accustomed from their earliest years to read the Holy Scriptures, the periodical publications, newspapers, and political pamphlets; to form some general acquaintance with the laws of their country, the proceedings of the courts of justice, of the general assembly of the state, and of the Congress, etc.

“Such a kind of education is common and universal in every part of the state: and nothing would be more dishonorable to the parents, or to the children, than to be without it.”

This quote tells parents and teachers, as well as school administrators and grandparents, exactly what we need to do.

If we do it, we will create another golden age of American education.

This is what made American education, and by extension America, great.

The further we move from this, the more American education declines.