The Captivity of Ignorance: The Weekly Mentor, Eliza DeMille

This week I want to share a paper turned in by one of my students. I’ve read a lot of commentary recently about The Hunger Games series, pros and cons of youth reading it. Some people lump it in with Twilight, The Vampire Diaries, Harry Potter and others; while some, like me, think it is a cut above—a new classic for our time. I have never seen either of the movies, so I don’t have an opinion on them, but I consider the books truly excellent.

I’ve already written about that, though, so I’ll get right to my point today.

A few days ago I received this paper, and I asked the 16-year-old student who wrote it if it was okay to share it. She agreed, and here it is, without any adult editing or additions. It provides an interesting insight into the value of the Hunger Games books, how at least one youth in this generation learned from them, and several other important themes. I absolutely agree with the caveat that these books are not for everyone, and definitely not great for younger kids or those who have no adult to discuss them with. Nevertheless, the themes they illustrate – the precarious nature of freedom, the danger of putting leisure and entertainment as higher values than family, freedom and sacrificing for the greater good. The nature of heroism, the toils of war; the cost of violence and broken societies, and the potential for redemption through a new generation. All of these are worthy of discussion, and fiercely relevant to the rising youth. But enough of my thoughts; Eliza has some thoughts of her own.

For those who are unfamiliar with the characters and plot of HG, names and details are linked to a Hunger Games wiki to help provide context.

Enjoy this short but thought-provoking read!

The Captivity of Ignorance 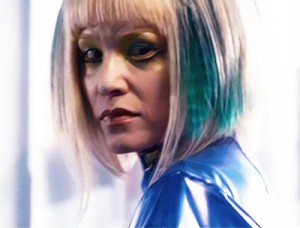 When I think of the characters in the Hunger Games and who I’m most like, I actually find myself disgusted with the answer. Not Katniss. Not Peeta. Not even Lost Gale. No.

A girl who cares so little about anything but parties and food. About colors and feathers. Who worries more about her looks than about the people around her dying and losing their freedoms. What more does this girl care about than herself? Than the way she looks, the things she does and the way people see her?

Suzanne Collins did a very good job at catching all kinds of human nature. And the people who I resemble the most are the Capital citizens. The same people who locked their doors and turned out their lights when the refugees came in.

I’m like them. Like Venia. Not a hero. Not even close. She’s a victim. Plain and simple. But not of the people around her, or even of Coin and 13. Really, she’s a victim of herself.

It obviously scares me quite a lot to be so much like her. I resemble a shallow, self-centered, vain, ridiculous girl more than I do the slaves in the districts. Of course, it’s not really surprising. How in danger are we, really, of being physically enslaved? Odds are we’ll never be sent to a reality TV show to kill off twenty-three other people, but we might just care more about ourselves, the way we look and the way others see us, about colors and feathers, parties and food, than we care about freedom. Education. Family. Community.

Yes, we sit around and talk about freedom and education, but how much time do we spend doing something about it rather than our hair and make-up?

Suzanne Collins explained me, and so many others so well. We have a tendency to be very shallow. And even though it might actually be fun to be that way, I believe she showed just how sick and wrong stupidity can be. She explained so well why we have to get an education. We literally cannot afford to be stupid. We must push ourselves to gain an education, or we as a country will become the Capital citizens.

We all remember that moment in Catching Fire, after Katniss returned from the Games when the prep team was talking to her and all they said about the entire thing was their experience with it. Where they were, what they were doing and how it felt to them. Completely ignoring the innocents who were being killed at the time. They were so shallow and self-centered that they didn’t even take one second to think about those kids and how they felt when they were stabbed, shot or speared.

Now obviously we don’t live in that world, and we’re not normally faced with those kinds of circumstances. We don’t sit by and watch kids kill each other—placing bets and picking our favorites, but we very often try to avoid helping people so we don’t have to deal with the inconvenience. The rising generations are stupid. Sorry to be so blunt, but as a race, intelligence is dying out. We need to work to get it back. It’s so easy to watch TV and go to parties instead. But Suzanne Collins showed us exactly why we cannot do that. 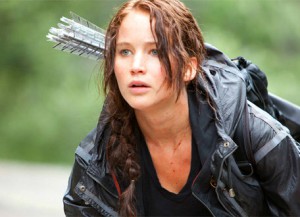 We, this generation of people, we in this room, won’t likely ever be a part of something like the Hunger Games. We probably won’t be forced into physical slavery. Forced to mine or grow food for the government. We are in so much more danger of the captivity of ignorance than we are of actual, physical captivity.

It’s sad, really, the very people who freed us from the physical captivity our ancestors dealt with, were so very educated, they never could have known what the generations ahead would do with what they fought, suffered and even died for.

Suzanne Collins believes in education, I have no doubt. I believe one of the main things she wanted people to learn from this book was that it isn’t okay to be stupid. It is not funny to be shallow. No, it’s more disgusting than that.

How can we betray our ancestors, our God, by misusing our freedoms? We were given this country so that we could have freedom of choice, yes, but who are we, how shallow are we, if we choose to do nothing with our freedom?

We have the right to live, to love and to learn, but who are we if we just choose not to? If we choose to go out and party instead of getting an education?

The people of the Capital were enslaved by their ignorance, but we don’t have to be. We have freedom of choice. We have the chance to be of worth, to make a difference. To change the world. We have the choice to be smart, to get an education. We get to make that choice. There are people like President Snow out there, trying so hard to make the people stupid, but we aren’t so far gone that we have no choice. And as long as that choice is there, I for one choose to be smart.

Eliza Ruth DeMille is 16 years old, and the fourth of Oliver and Rachel DeMille’s eight children. She is an aspiring writer, and we look forward to featuring others of her uniquely-styled essays on TJEd.org.