The Public School Implosion: The Weekly Mentor by Oliver DeMille

Article Correction: Thanks to Bill Peavoy and his friends for pointing out an error in the original posting of this article. Instead of 72% trust of public schools in 1975, the number was actually 29%. This means the downward shift is only 17%, much less than the 60% I previously stated. I clearly wrote down the wrong numbers while studying the polls, and I should have gone back and double-checked it. Dumb. My mistake. Thank you so much for this clarification! It’s a huge difference.

It also points out an interesting idea, one that reverses my view in the original article. I had suggested that trust in public schools went from 72% of the population down to 12%, when in fact for over forty years less than 30% of the U.S. population has held high trust in public schools. The number is now down to 12%, as stated. So the real story is the surprising (at least to me) long-term trend of holding such little trust in our schools. 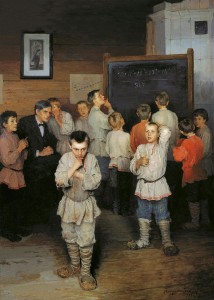 I’ve been studying a lot of polls lately, because I’m interested in really understanding the American people, the electorate, and the trends that are currently determining our national future. Not that polls are perfect, by any means. But they do give us important insight into what people are thinking right now.

As I’ve researched, I keep finding interesting little trends in the data. And, at times, I run across some shockingly big realities that will clearly have a major impact on our society. For example, we’ve seen a major shift in the way most Americans think about leading societal institutions.

Just consider what Gallup Polls show about the following changes between 1975 and 2014 in our trust/distrust of major institutions:

While the general trend in all these categories is a serious loss of public trust in important institutions, one really stands out: Public Schools. As the following chart shows:

This is very telling. We are not only raising a generation of young people whose native language is “Digital” (for many of them, English is literally a second language—as evidenced by youth who stand or sit next to each other in the same room and carry on lengthy conversations by text messages rather than talking aloud), but also a generation whose core language decidedly isn’t Trust.

The Old and New

This is a change from the 1970s, 80s, and 90s schools and neighborhoods where most of today’s parents were raised. While the native Boomer and Generation X language was often skeptical of non-friends, we grew up in an environment where a core trust in our communities of friends, family, and adult supporters still dominated society.

This is no longer the case, at least not to the same extent. The native dialect our children are growing up in now spans the scale from mistrust to distrust to cynicism. This is fueled by any regular contact with the Internet or social media, where a thick skin is a required dialect and disregarding a majority of what you read is just part of a young person’s accent.

In all this, the biggest loser is childhood, a protected place of safety and acceptance where a young person can grow, find himself/herself, and take the time to explore his/her possible place and role in the world. Technology has significantly shortened this time of natural innocence for nearly all young people.

Wise parents are aware of this, and deal with it head on. Specifically: Talking directly to your children and youth about when and what to trust, and not trust, is certainly as important as language arts, math, science, or history. Such conversations and lessons are often even more relevant and immediate than academics.