Research on Core Phase: The Weekly Mentor by Oliver DeMille 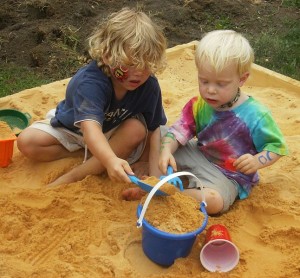 The report is entitled: “Nurturing Children: Why Early Learning Doesn’t Work.” It was written by Andrea Mrozek of the Institute of Marriage and Family Canada, and I was especially struck by three important ideas:

1)     “Probably the greatest myth that has evolved is this idea that socializing with one’s [age peers] leads to socialization…. It should be clear that being socialized is not necessarily the same as being civilized…. Nazi youth were also products of a socialization process…. The problem is that the more children are peer attached, they less attached they are to adults—and this can result in children becoming very hostile to being parented or taught.”

This is so true. And poignant.

As I stated it in my book A Thomas Jefferson Education, everyone gets socialized in one way or another. The goal is to be socialized for leadership, for goodness, for service, and for greatness. Not to mention happiness, fulfilling relationships, and a flourishing family life.

2)     “The problem with children socializing at school, [Kids First Parents Association president Helen Ward] says, is that children can be fickle in their relationships. ‘Kid’s ‘friends’ are not really ‘friends’ in any meaningful sense of the word. They are not mature people who can handle another’s pain or difference of opinion. Peers want you to be the same as them,’ Ward says.”

This is really worth pondering. In truth, the best friendships between children usually occur where at least one child also has a true adult friend, a parent, who can help him sort out the wise versus immature words and choices of his playmates.

3)     “When asked what are the gains from early learning for small children, [Development Pyschologist Gordon Neufeld] simply replies: ‘I don’t think there is anything to be gained except parental emancipation. And certainly not parental fulfillment.” Dr. Neufeld also said, “Premature socialization was always considered by developmentalists to be the greatest sin in raising children…. [When] you put children together prematurely before they can hold onto themselves, then they become like [the others] and it crushes the individuality rather than hones it.” [emphasis added]

In other words, premature socialization trains followers, not leaders. Emphasizing a good Core Phase does the opposite.

Just sit in a class or activity where the youth are a mixture of homeschoolers and traditional public-school students. While there are exceptions from both groups, the general pattern is still fascinating: one group is deeply committed to fitting in, trying to look and act the same as the popular kids, while members of the other group seem oblivious to this unspoken rule—they are blithely focused on being authentically themselves, for good or ill.

Moving Towards the Fix 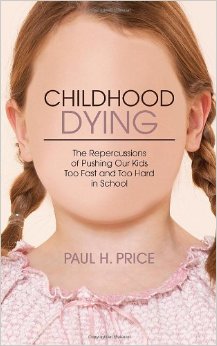 I especially love Mrozek’s summary of what to do about this challenge, especially in a society where government schools are increasingly telling parents to matriculate their students younger and younger. Her recommendations include:

1)     “Parents should eschew the creation of any kind of one-size-fits-all system.”

2)     “The first issue is always to establish strong, deep emotional connections with those who are raising you. And that should be our emphasis in society. If we did this, we would send our children to school late, not early.”

In other words, get off the conveyor belt!

Perhaps the best book on this topic is Childhood Dying by researcher Paul Price. The subtitle of this book says it all: “The Repercussions of Pushing Our Kids Too Fast and Too Hard in School.”

If you haven’t read this book, it’s a must! For example:

This book shares the studies that prove what more parents should know, that pushing our kids too fast academically creates numerous academic and social problems.

The final chapter in the book has the following powerful subtitle:

While this may seem a bit strong for a research book, it is really the only conclusion a reasonable person can draw after reading all the research in the earlier chapters. In truth, pushing our kids too fast is causing major national problems—for education, the economy, and the quality of our society’s family relationships in general.

Everyone needs to understand this! It’s that important.

Price’s specific recommendations to fix modern education are right on:

2)     individualize the education of each specific child

The research is accurate: these improvements are exactly right. In short, we need to make sure we deliver a great Core Phase in our homes!