The Clash of Two Cultures 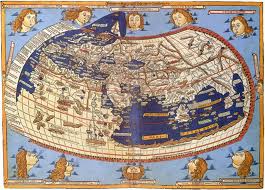 America is in the midst of a major clash of two cultures. Most of the rich world, and the developing world as well, are experiencing the same challenge.

This contest is seldom cooperative, often violent, and increasingly heated.

It has the passion of the age-old class debate between the rich and the middle classes, the political angst of Republican versus Democrat, or the intensity of Cold War America versus the Soviet Union.

It is much more obsessive than raging sports rivalries which so many Americans have experienced.

This conflict is intellectual in nature, though its results are physical, economic and substantive.

There have been such intellectual battles before, such as conservatism versus liberalism.

But, given human nature, the conservative-progressive debate seldom gained the zeal or ardor of Democratic fights with Republicans.

Somehow having professionals who make their living promoting each opposing side drastically intensifies the natural belligerence of skirmishing viewpoints. In fact, it has been intellectual wars that caused the greatest conflicts of history—from strife between religions to capitalism versus communism.

The sides of this new war are conformity and innovation.

This may at first sound less hostile than some struggles, but it would be a mistake to underestimate this issue. It is remaking the world as we know it.

Of course, those who support conformity have been around for a long time. And innovation has always been a rowdy, if lucrative, minority movement.

Ironically, the leaders of conformity have typically come from the upper classes—nearly all of whose wealth, family legacy, and status was created by one or more ancestral innovator(s).

The old parable of the tree house, as told to me by a partner of a major Los Angeles law firm, is applicable: build the tree house, then kick out the ladder so only those you personally select can ever come up.

Of course, the extreme of either side is—as extremes tend to be—worse than the moderate of either.

Pure innovation with no regard for the lessons of history is just as bad as dogmatic conformity without openness, toleration or creativity.

When I speak here of Innovation I mean a bent toward innovation within the proven rules of happiness and wisdom, and by Conformity I mean a focus on fitting in but with some open-mindedness in times of challenge. Note that even these two moderate styles are almost polar opposites.

Nearly all of our schools have a hidden, compulsory curriculum of training for conformity, and innovative teachers or institutions are pressured to become like the rest or face widespread official rebuke. The classic movie Dead Poet’s Society portrays this well.

Our universities follow this pattern more often than not, as do most institutions in our society.

Entrepreneurship, for example, which is the catalyst of nearly all great business growth, is considered “lesser” by most business students and MBA programs.

Many great companies were founded and built by individuals whose resumes would not get past the first glance in personnel departments of those same corporations today.

And, indeed, the company’s biggest competitors are likely to be led by innovative thinkers and leaders who likewise wouldn’t get a job at the company (too many Ivy League MBA’s to compete with).

A quick read of the bestselling Rich Dad, Poor Dad shows how these two mindsets sometimes present themselves in families. But these two cultures are found at all social levels and in every geographical setting.

Blue-collar working fathers are as likely to spout conforming rules as silver-spoon fathers: “This is just how things are; so you better get used to it!” “But, dad…” “Don’t contradict me. The world is what the world is! I’m telling you how things are!”

Such rigid thinking is a symptom of the widespread doctrine of conformity.

It rules in many families, communities, businesses, schools, churches, nations, associations—indeed, almost everywhere. It is, in fact, on the throne in nearly every setting and society.

It has the benefit of learning from the best lessons of the past, but it seems to chronically ignore the lesson that innovation is both advantageous and desired.

Futurist Alvin Toffler argued that our schools will not be competitive in the world economy unless we replace rote memorization, fitting in, and getting the “right” answer with things like independent thinking, leadership practice, creativity and entrepreneurialism. Several of Harvard’s educational scholars and Secretary of Education Arne Duncan have made the same point—repeatedly.

But our schools are run on conformity, and until we promote innovators to educational leadership such changes will be rare. And when we do put innovators in charge, the attacks from entrenched powers are incessant.

Likewise, our economic experts are those who conform to the “accepted” analyses—economists with divergent, and often more accurate, predictions based on innovative models are given little press by the conformist economics, academic and media professions.

I have long suggested that the way to fix American education is to get truly great teachers in more of our classrooms. But innovative teachers often don’t fit in the bureaucratic school systems.

Many of the best teachers leave schools simply because they can’t innovate in a conformist system.

An article by Tim Kane in The Atlantic noted:

“Why are so many of the most talented officers now abandoning military life for the private sector? An exclusive survey of West Point graduates shows that it’s not just money.

Increasingly, the military is creating a command structure that rewards conformism and ignores merit. As a result, it’s losing its vaunted ability to cultivate entrepreneurs in uniform.”

This seems indicative of our entire culture right now.

Conformity is winning far too often. Companies and organizations which elect to encourage the innovative side of the debate are seeing huge success, but this is taking many of the “best and brightest” away from academia, the public sector and the United States to more entrepreneurial-minded environments in private companies and international firms.

In far too many cases, we kill the human spirit with rules of bureaucratic conformity and then lament the lack of creativity, innovation, initiative and growth.

We are angry with companies that take their jobs abroad, but refuse to become the kind of employees that would guarantee their stay.

We beg our political leaders to fix things, but don’t take initiative to build entrepreneurial solutions that are profitable and impactful.

The future belongs to those who buck these trends.

These are the innovators, the entrepreneurs, the creators, what Chris Brady has called the Rascals. We need more of them.

Of course, not every innovation works and not every entrepreneur succeeds, but without more of them our society will surely decline.

Listening to some politicians in Washington, from both parties, it would appear we are on the verge of a new era of conformity! “Better regulations will fix everything,” they affirm.

The opposite is true. Unless we create and embrace a new era of innovation, we will watch American power decline along with numbers of people employed and the prosperity of our middle and lower classes.

So next time your son, daughter, employee or colleague comes to you with an exciting idea or innovation, bite your tongue before you snap them back to conformity.

The future of our freedom and prosperity depends on innovative thinking, and the innovation we need may be in the mind of your fifteen-year-old son or your husband, wife or employee.

This battle will ultimately be fought in families, where youth get their fundamental cultural leaning—toward either conformity, seeking popularity and impressing others or, in contrast, creativity, initiative, and innovation.

Thomas Jefferson Education is naturally pointed toward innovation, but it is up to parents, mentors and teachers to implement this leadership skill. I invite all to join this battle, and to join it firmly committed to the side of innovation.

Do whatever you can to encourage innovation and be skeptical of rote conformity.

That’s a change that could literally change everything.