“Force without wisdom falls of its own weight.”
-Horace 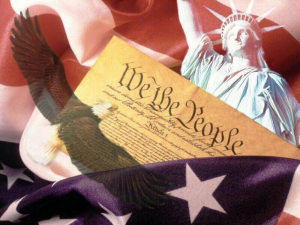 A few years ago, I was teaching a class on the constitution where I witnessed a sad, though interesting, phenomenon.

To give context, this was a room full of people wholly dedicated to the cause of liberty — the people who “get it.”

I asked the class, “How many of you agree with William Gladstone’s quote that the Constitution is ‘…the most wonderful work ever struck off at a given time by the mind and purpose of man’?”

100% of the attendees raised their hands.

I told them to keep their hands raised, then asked, “How many of you have actually read it?” A few hands dropped.

“Of you who have actually read it from beginning to end,” I continued, “how many have read it within the last six months?”

By the time I asked who knew what habeas corpus means and what bills of attainder are, not a single person in the room had their hand raised.

Mind you, these are the same people who had just said that they agreed with Gladstone’s quote; yet very few of them could answer the most basic questions about the Constitution.

What would you guess is the most recurring criticism I receive from our newsletter subscribers and our website visitors?

Contrary to what you might think, it’s not from people who take polar opposite positions from The Center for Social Leadership content.

It’s from freedom-loving patriots who believe that our recommended action steps are “benign.” For example, they tell me that reading classics will do little to solve our looming problems.

I have nothing but respect and admiration for these devoted people. We need many more just like them.

But I do have a different perspective on what needs to happen for our Republic to be restored. 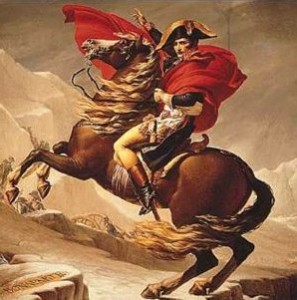 America is primed for a French Revolution scenario.

To take it even further, we exhibit many of the qualities of German civilization prior to World War II.

We’re a highly-trained, yet poorly-educated populace.

We’ve lost our sense of true education. Furthermore, we have staggering discrepancies in wealth distribution.

We’re primed for a lot of chaos and pain.

Plainly put, we don’t have enough widespread education to sustain an anger-driven revolution.

People trying to fight Washington and other power interests right now is like replacing a strip club with a flea market.

There’s no use in fighting unless we have quality replacement options.

It’s not enough to just be mad — we must also be wise. And turning inward is the beginning of wisdom.

Confucius said it best in his classic essay The Great Learning:

The ancients who wished to illustrate illustrious virtue throughout the kingdom, first ordered well their own states.

Wishing to order well their states, they first regulated their families.

Wishing to rectify their hearts, they first sought to be sincere in their thoughts.

Wishing to be sincere in their thoughts, they first extended to the utmost their knowledge.

Such extension of knowledge lay in the investigation of things. 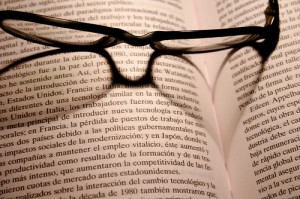 Their knowledge being complete, their thoughts were sincere.

Their thoughts being sincere, their hearts were then rectified.

Their hearts being rectified, their persons were cultivated.

Their states being rightly governed, the whole kingdom was made tranquil and happy.

Not only does turning inward lead to wisdom, but it also leads to power.

This is the core message of the Cause of Liberty.

Fixing ourselves as individuals is what fixes the world.

If this sounds “benign” to you, I probably can’t convince you otherwise.

But I would point out that the most influential leaders, from Jesus Christ to Gandhi, have taken this approach.

And they seemed to have done a pretty good job of improving the world.

There are others who say, “Yeah, we get it.

But what do we actually do about it?”

To those I humbly repeat, “Continue working on yourself and your education.” If our education was deep and broad enough we wouldn’t have to ask that question.

I accept that this message may disappoint many.

I’m probably starting to sound like a broken record.

But it’s the light that animates everything that I do and everything I aspire to.

It’s the spiritual beating of my heart, the passion blood flowing through my veins, the mission muscles that keep me moving forward.

I’m fed up with the Federal Reserve.

But I also don’t have a complete grasp on how our monetary system should operate in the 21st Century, nor do I have a solid plan for making a transition.

So I don’t march on Washington to spit at the Federal Reserve; I stay at home and read everything I can find on monetary policy.

So I prepare myself to be a political leader with integrity, knowledge and wisdom.

I’m dismayed by the decay of the family.

But I’m further dismayed by the times when I’m angry and impatient with my wife and children.

So I focus my dismay on doing all I can to improve as a husband and father.

This is what The Center for Social Leadership stands for. This is the message you’ll hear for as long as I have breath.

And when you see me march on Washington, it won’t be because I’m “angry as h***and I’m not going to take it anymore.”

It will be because I actually have real, sustainable solutions and the ability to carry them out.

Until then, I’m working on myself. Care to join me?

[I encourage you to visit The Center for Social Leadership website at www.thesocialleader.com -Oliver DeMille]