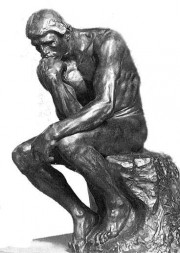 Throughout the history of Western Civilization, a high priority has been placed on Wisdom.

The great classics are the Western world’s repository of wisdom, and the application of wisdom to governance, art, science, business and all fields has resulted in success and progress.

Over time these two children of wisdom (progress and success) started their own traditions and today they are competing schools of thought replete with their own unique literature, institutions and promoters.

Unfortunately, both have largely lost touch with their original connection to Wisdom.

In politics, the left is dedicated to progress and the right to success. Nearly everything conservative politics supports is based on the goal of achievement and success, while most of the liberal agenda cares primarily for social progress.

In science and the arts this division fuels the split between artists/scientists and mere marketers, and religion has found a role in modernism partly as a voice against excesses of the search for progress and success.

Professions in business, law, medicine, journalism and education have long been places where leaders could promote success and societal progress, but in recent decades the emphasis on wisdom in the professions has waned.

Attorneys, doctors, professors, journalists and executives are very different people when they are earning than when they are learning, as an attorney friend told me.

As a group, the professions have split—some professionals on the conservative, success-oriented side of the ledger with its focus on achievement and others on the liberal, progressive side and its belief in institutional power and government programs.

The fact that in all of this the goal of a wisdom society is almost lost is a modern tragedy. Unless it is reversed, it will only be the first tragedy of many—societies which lose their focus on seeking and applying wisdom inevitably lose their prosperity, freedoms, strength, power and standard of living.

The likelihood of Washington fixing this problem is very slim—Washington is, in fact, the epicenter of the problem.

The party of progress and the party of success constantly block each other’s goals, ignoring wisdom in a battle which has kept the nation in a rut now for decades.

As a society, we seem to want our political leaders loyally partisan rather than notably wise.

If politicians won’t solve our problem, where will wisdom leadership come from in our society? Go to a major bookstore—a few shelves of success literature are surrounded by many shelves promoting societal progress.

The coffee shop, small reading tables, and dress of the shoppers point to progressive society.

The occasional suit enters briskly, finds what he wants, and exits. Too busy to lounge with the other readers, he often skips the store and sends an assistant or gets his books online.

This description is, by the way, a precise depiction of our university campuses.

The thinking style of life and the active style are too seldom combined, and a result is that wisdom is too often lacking. This needs to change, or the future of freedom will suffer.