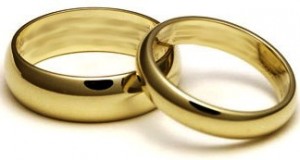 This truism is sobering as we watch the decline of the family.

As we consider the industrialized world, it is disturbing to note that even amongst those who espouse, promote and live a strong family lifestyle, some of the most basic roles have been lost.

For example, consider the following from an editorial by John Rosemond:

“A journalist recently asked me to name the number one problem facing today’s family. I think she expected me to address education, the economy, or some other “hot” topic. To her surprise, I said, ‘A confusion of roles.’

“In today’s parenting universe, married women with children think of themselves first and foremost as mothers. This is confusion.

“If you are married with children, you are first and foremost a wife or a husband. In your wedding vows, you did not say, ‘I take you to be my (husband, wife) until children do us part.’

“Those vows, many generations old, read the way they do for a reason.

“I’ve been telling recent audiences that parenting has become bad for the mental health of women.

“Today’s all-too typical mother believes that whether her child experiences success or failure in whatever realm is completely up to her.

“If she is sufficiently attentive to her child’s needs and sufficiently proactive in his life, he will succeed. If not, he will have problems.

“The natural consequence of this state of over-focus is anxiety, self-doubt, and guilt.”

Marriage is the central relationship of society; and in society, no roles are more important than husband and wife.

As I talk to young people about their plans for life, career is usually the first thing they mention.

Once in a while, a young man will mention that his main goal is to be a good father, and a little more frequently a young woman will say that she really wants to be a great mother.

This is a concern.

In a way, feminism has had moved society by persuading our generation to focus on parenthood even more than marriage.

I’m convinced that most people who say they want to be great parents just assume marriage as part of it.

But that’s the problem.

Just assuming marriage isn’t enough. It reflects a lack of emphasis on our primary roles.

The future of the world certainly depends on the quality of fathering and mothering in the twenty-first century.

I would argue that the quality of marriages is even more important.

The state of the world ten, twenty, even seventy years from now will be determined by the depth and quality of our marriage relationships.

Parenting will largely be determined by the level of success our marriages attain. 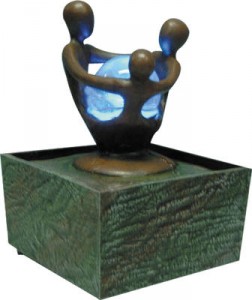 The recent politicization of the institution of marriage raises concerns in the minds of virtually everyone, no matter where they stand on the issue.

Of most concern to me is that 64% of married women and 82% of married men responded to a survey in the early 2000’s that they had been unfaithful to their marriage vows.

I see no greater threat to the institution of marriage than the tepid level of commitment of the spouses, and the way they characterize and fulfill their roles.

Marriage is hard work, worthy work–the work of a lifetime.

If there is one thing we should teach our youth, it is the value of building a great marriage.

More precisely, we need to teach—by precept and example whenever possible—that “wife” and “husband” are vital roles to society, requiring preparation, consideration, emphasis and great effort.

Once married, these must always be the primary roles of each individual—not secondary to career, social endeavors, or even parenthood.