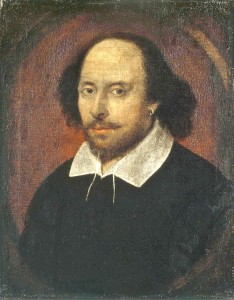 The Scottish Enlightenment philosopher George Turnbull wrote in the eighteenth century that the debate between home education and formal schooling has raged since ancient (Greek) times.

Shakespeare took up the same theme in The Two Gentlemen of Verona.

The Gentleman Valentine begins the play by noting:

Home-keeping youth have ever homely wits….
I rather would entreat thy company
To see the wonders of the world abroad
Than, living dully sluggardized at home…

“But what about their socialization?”

Panthino, a servant of the family in question, continues this theme by asking the father

He wondered that your lordship
Would suffer him to spend his youth at home
While other men, of slender reputation,
Put forth their sons to seek preferment out—
Some to the wars, to try their fortune there,
Some to discover islands far away,
Some to the studious universities.

At least three things stand out in this communication.

First, the young man is now old enough to leave home for the military or college, so whatever he got from his home education better have prepared him for life.

Second, it is the wealthy families in history that afforded home education, while those with less means chose something else. Home education has always been a luxury of the wealthy.

Third, the military and entrepreneurial ventures were seen as equal options to university studies. Very interesting.

As the play continues, it becomes clear that Proteus, the young man whose education and life choices are in question, is the match of everyone else in the play. Indeed, it is the Gentlemen Valentine, who first asked the question, who eventually answers it:

Yet hath Sir Proteus—for that’s his name–
Made use and fair advantage of his days:
His years but young, but his experience old;
His head unmellowed, but his judgment ripe.
And in a word—for far behind his worth
Comes all the praises that now bestow—
He is complete, in feature and in mind,
With all the good grace to grace a gentlemen.

This praise is just as accurate of many home-schooled youths today, and in fact in our day the words are even more poignant:

His years but young, but his experience old…

Complete, in feature and in mind…

Some would say that there are not enough 17 to 22-year-old gentlemen around, especially those who are wise and complete in character.