Parent vs Principal(le): The Weekly Mentor by Oliver DeMille

The New Name for the Conveyor Belt 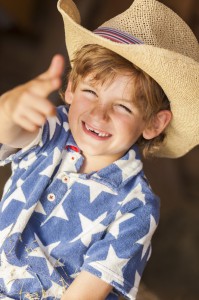 I got excited when the next reading in my day’s pile of news clippings was from Parents magazine, but the title made the corners of my mouth turn down just a bit: “School Discipline Gone Bad.”

I almost skipped it. After all, I’ve read enough articles on how ridiculous school policies can be—often treating students and parents like numbers rather than unique individuals. But for some reason I read this one anyway.

It’s really disturbing how the phrase “Zero-Tolerance Policy” has become a euphemism for the conveyor belt. If acting like each child is just a cog only applied to discipline, I guess we could mostly live with it.

But it frequently translates to academics as well.

A Product of Our Raising

But the real question is, why can’t more parents seem to grasp this reality? Maybe our own conveyor-belt experiences as youth make us turn off our adult brains when the principal calls us and revert to our school years.

The article discussed how a five-year-old was expelled for something he didn’t understand, bringing to school a mini-knife he had found in the family camping gear. His fingers weren’t even strong enough to pry open the blade. Response? Lecture the parent; expel the student.

The article detailed a number of similar cases where the so-called broken rule wasn’t even close to this bad–all with the same result. Then it ended with guidelines for parents on how to counter a school suspension (e.g. “start by engendering cooperation rather than confrontation,” all the way up to “you can get an attorney if needed”).

All in all, a helpful article. And very telling. It’s an interesting world we live in. I found myself suggesting homeschooling aloud as I read the article. Two of my kids walked in and asked why I kept saying, “Homeschool!” over and over out loud. I laughed, then I shared parts of the article with them.

My son reminded me of the time he found his older brother’s pocketknife and brought it to me to show him how to use it. I taught him to carve, discussed safety rules, and we went to town and let him pick out a small, inexpensive, age-appropriate pocketknife for himself.

For the first month, he had to ask to use it, and I stayed with him to teach safety and proper usage—then he had to return it to me when he was finished.

What the Right Way Produces

My seventeen-year-old daughter laughed about being suspended. “That would be great!” she announced. “Then I could read whatever I want.”

She didn’t say it in a rebellious way. She was just really excited at the prospect of more time to read and learn.

“Does your response mean you’re too busy doing assignments for your school classes?” I asked her.

“No, not at all,” she said. “I’m just excited for summer. I’ve got a whole stack of books I’ve been putting off.” 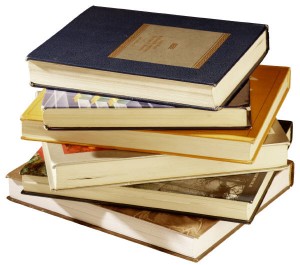 I looked at her, while my brain churned. She had begged us to take the classes, several from a private school, and one (a performance choir class) at the local high school.

“What’s wrong?” she asked as I furrowed my brow.

“Well, would you like me to suspend you from school for the next week, so you can read?”

“No,” she responded. “I’m loving my classes, especially my writing class, debate, and choir. I’m just excited about summer.”

I nodded. “Well, if you change your mind, let me know. I’ll be happy to call your high school principal and tell him you’re suspended—any time you need more reading and learning time.”

I laughed again, and so did my son. But my daughter didn’t. She realized I was actually serious.

“Thanks, Dad,” she said, tongue firmly in cheek. “It’s really great to know you have my back on that.”

I smiled and replied, “Don’t ever let your schooling get in the way of your education.” It’s an old saying around our home, but this new twist on it hit home with both of them.

I knew there was more to the article, so I said: “Let me ask you both a question. Why do you think many schools have a zero-tolerance policy for weapons or drugs?” We had a good talk about it, considering various perspectives on the issue—and how both sides have some valid points. It’s important to understand both viewpoints, and it was a good discussion.

When they left, I turned back to the article, and the first thing I read was that 42 percent of suspensions in California during the 2010-11 school year (the most recent data available) were for things like refusing to take off a hat or coat when asked. “One study found that 95 percent of all out-of-school suspensions [in the U.S] were for non-violent, minor disruptions such as tardiness or disrespect.” I’m sure there’s merit in some of these, but not all of them.

Another study found that “Preschoolers often don’t understand what they’ve done wrong and aren’t yet capable of making the connection between the misbehavior and the punishment…” I finished the article and moved on, relieved to read something else.

Ironically, the next article in my pile came from the Washington Post and was titled “Feinstein: CIA searched Intelligence Committee computers”. It detailed how an executive branch agency allegedly removed documents from the Congressional committee that was investigating it.

I found myself wondering why zero-tolerance is applied so often to children in our nation’s public schools but so seldom in Washington D.C.

After I wrote this article up to this point, I re-read it and had to ask myself, “So, what’s my point? This isn’t typical of the articles I write for The Weekly Mentor. Why isn’t this more uplifting? More positive? I nearly always write because I feel passionate about something. In this article, what was it?” I reviewed it again, looking for the real point.

We live in a highly conveyor-belted world where many parents act like they work for the schools and school officials, and where school managers frequently do the same. This is a serious problem. If parents work for schools, we’re going to get indoctrination, not education. But if principals and teachers work for the parents, quality education is possible.

Here is how this vital principle applies to homeschoolers, and all parents, in fact: “Don’t let schooling get in the way of a great education.”

Almost all of us can do a lot better at this.

Seriously. Ask yourself how you can improve on this, in your family, with each of your children and youth. Spend some time thinking about this, and writing out your thoughts on how to improve. This will make a huge positive difference in your home and the education of everyone in your family.

To what extent is schooling—the rules, the systems, the curricula, the structures—getting in the way a truly superb education?

To be a great parent, or principal: Find out, and change it.

Welcome to our new subscribers this week! For more information on how to apply TJEd in your home or classroom, check out the TJEd Implementation course, Mentoring in the Classics >>