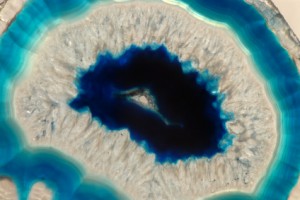 Body sculpting, surgical/chemical alterations, therapy . . . our culture is obsessed with hiding, cutting out or otherwise purging its flaws.

We want to be persons with no weaknesses.

Even our college entrance exams, job interviews, courtships and business dealings all seem to hinge on the celebration of the individual with a uniformity of character.

But in music performance, it is often the very word that prefaces a less-flattering critique.

Many are the virtuosos who are noted for their technical precision and prowess even as they lack the passion that stirs the soul, the ability to express their humanity in their performance.

Music critics understand at least this one thing: “flawless” is not the same thing as excellent, epiphanal or transformational.

I recently watched maybe fifteen minutes of a movie I’m certain I would never have sat through in its entirety (I am an infamous “walker-outer” of movies that don’t suit me), but I saw enough that I caught the gist of the story line (I’m also a notorious plot-spoiler).

It was the story of a completely zany and irreverent navy captain with a dead-ended career who took on a secret assignment from an admiral to covertly infiltrate another admiral’s fleet.

It was a case of one-upmanship in the guise of a discovery of security vulnerabilities.

This maverick captain who had no prospects in the institutional navy proved himself to be a indomitable warrior in the simulation.

The scenario begged the question: what does it mean to be a great naval officer, anyway?

By all common standards, this captain was washed up.

But he demonstrated that the same qualities which made him laughing stock in the institutional navy were the qualities that distinguished him in the face of insurmountable odds.

Let me change gears a little to set up another analogy.

My husband, Oliver, spent many long hours in his youth in a quarry of Southern Utah Picture Stone hauling rock for his grandmother’s rockshop near the entrance to Zion’s National Park.

I love going to that rock shop.

There are dozens of different kinds of rocks, from pumice to obsidian, granite and gems.

It’s fascinating to see how some rocks that seem rather ordinary come out of the tumbler polished into a beautiful striated agate or twinkling opal or starry sapphire.

Along the shelves of the shop there are clock faces on a variety of minerals slabs, anasazi villages carved in sandstone, and rough, ordinary-looking rocks sliced in half to reveal the crystalline structure of a garden-like miniature geode cave.

Each type of rock has its own quality of beauty, and the individual specimens–even the ones which don’t approach the ideal–are lovely in their uniqueness.

So, to tie the two thoughts together…

I awoke in the night after watching that movie wondering: am I educating for uniformity or for excellence?

In lapidary terms—I surely hope I’m not working like crazy to polish a pearl out of a geode.

Obviously, a geode will never be a pearl, no matter how much I polish or pray over it.

And more to the point—why would I want it to be?

The whole point of being a geode is those crazy brilliant geometric eccentricities in the heart of the rough stone.

Kind of like the naval captain in the movie I saw.

Before the simulation, he was a geode in a tumbler.

But when a mentor gave him an opportunity to demonstrate his strengths, he proved to be an invaluable asset.

So I’m thinking: are we so obsessed in our current intellectual climate with “buffing off the rough edges” and meeting minimum standards in maximum areas that we fail to promote the development of personal strengths?

What exactly is “Quality not Conformity”?

Why our enchantment with uniformity? When did we stop rewarding standing out?

When did we stop prizing Excellence?

And most importantly, how do these questions animate and inform our choices as educators?