Home School Insights: Who Can Stand?

From the Desk of Rachel DeMille…

A Message to Mission Phase Friends: 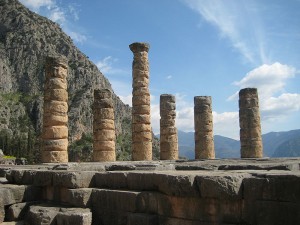 When we began promoting Leadership Education two decades ago, we had little concept of what the future would hold, and only a vague idea of what we wanted to be in that future.

We had ambitions to make a difference, and believed that in bringing students face to face with greatness, great things would result. It was challenging, frustrating, rewarding, demoralizing, frightening, inspiring and life-changing.

We hoped that the ripple effect would spill outward from the students who paid a price to prepare for their life’s work.

We knew and became intimately familiar with the cycles of history and the likelihood that our generation would have a crisis to manage and overcome.

And even as the leaves appeared on the fig tree, so to speak, the weight of personal experience with such a long period of relative calm and surplus made it difficult to imagine or comprehend what our world would look like when our security and prosperity were threatened.

Even now, as we begin to see the unraveling of what has been, the message of warning and the sentiment of the inevitability of change have seemed alarmist and extreme to some; but I believe that, at least here, among those who support Leadership Education, the time for false optimism is past.

Better that we embrace an optimism that has our eyes wide open so that we may face our challenges with the vision, intention and will of a champion.

I do not know what shape it will take, but the daily news suggests many plausible forms: economic collapse, catastrophic violence, threats to our food supply, pandemics and plagues, the rapid and drastic alteration of constitutional forms and protections–or perhaps more likely, the combination of many of these factors.

Our forefathers navigated the seas of change, and I assert that God’s miraculous power delivered those rag-tag American revolutionaries from challenges at least as great as the ones we may face.

We have long given voice to the sentiment that a “statesman” is more than just a scholar, a leader or a public servant.

We took part in crafting a mission statement years ago that defines statesmen as “men and women of virtue, wisdom, diplomacy and courage who inspire others to greatness and move the cause of liberty.”

To truly fulfill that mandate, we must surrender our personal weaknesses, insecurities and pride.

We must celebrate the best effort of every man or woman, no matter what else we may disagree upon; we must learn to recognize allies in strange places, and set aside differences that render such alliances ineffective.

During the Third Turning it was critical that each of us –  as parents, educators and citizens – diligently worked to define our cultural ideals and that our education and efforts were in concert with those ideals.

It brings to mind the epoch of biblical history in which the Third Turning prophet Isaiah was so vehemently opposed to the intrusion of Babylonian values into the Israelite nation.

And yet, as the cycles turned, the Fourth Turning prophet Jeremiah spoke boldly for a new policy of tolerance and friendship.

This was not a repudiation of Isaiah; both were right for their time. I believe we should consider how this applies to us today. 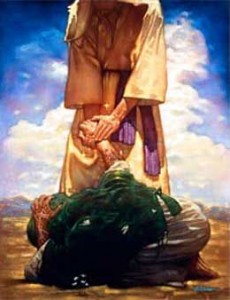 Who Is Your Enemy?

Jesus of Nazareth crossed the societal lines of religion, decorum and propriety to move the cause of liberty and to inspire greatness in the leper, the tax collector, the prostitute and the Pharisee (in Nicodemus and Joseph of Arimathea).

In every conceivable way he modeled for us that there is a time to take the hand of “the enemy”.

Our country’s history is decorated with the sacrifices and compromises made by men who knew when cooperation was called for; and these moments, while demanding the single-mindedness and humility of those whose role it was to stand for something, are some of the great, defining triumphs in our history.

Would you win the battle for freedom? Then consider this challenge: Who is your nominal “enemy”? If it can be said of him that he loves freedom and family, be an asset in his effort to achieve his worthy goals.

Be a model of peaceful conduct, of fearless friendship. Make him your ally.

The tyranny of aristocracy will not rest lighter upon our children because of our unyielding narrow-minded loyalty to lesser objectives and affiliations in the battle against it.

Our only hope to turn back the tide already too far gone is to have no other object in mind than this.

We must model virtue, wisdom, diplomacy and courage.

We must lay aside our pride and bring down our walls.

We must link arms with any who is willing to make a gain on any front against the advance of tyranny.

We will hope in vain for an ideological army large enough that consists solely of those who agree with us on all points. Such zealous crusades may win minor skirmishes, but will ultimately lose the war.

Yes, we must stand for something; and core principles must not be compromised.

Honest disagreements will persist, but they need not hinder us from accomplishing our common goals–those aims which are more important than the labels and controversies that we sometimes use to define “us” and “them.”

It is time to re-examine our assumptions and our definitions, even as we take a stand.

Upon challenging our own assumptions, we find adequate justification for granting to others the latitude of their own conscience, and the ability to agree to disagree on some things as we stand firm together on others.

For example: Might we not cooperate with those who believe in public virtue, no matter their stance on public prayer? After all–are there not some prayers that we would not want our children to be exposed to?

Might we not cooperate with those who believe in the rule of law, no matter their stance on defense? After all–are there not moral quandaries in every armed conflict?

Might we not cooperate with those who believe in freedom of conscience, regardless of their stance on privacy? After all–can we reasonably suppose that the intrusion of tyranny will respect the bounds of one group after it has found a way to mandate the conduct and conscience of another?

We can be tolerant of differences on principle–indeed the American Founders depended on this process as a touchstone of our enduring freedom; and in so doing we transcend lines and factions among those who share our vision of family, freedom and prosperity.

If each faction, each activist with a pet issue, represents a muscle in the body, as statesmen we must be the ligaments that combine and coordinate their efforts to achieve a meaningful victory.

There are many levels on which we must improve:

Which Side Are You On?

I believe freedom will win.

I believe that, to be truly worthy to be numbered in the ranks who fight in Freedom’s name, we must surrender the battles fought for pride’s sake, or the advancement of a party or label, and to act with true integrity to defend freedom for everyone.

The battle now is, as it always has been, a battle for men’s hearts and souls, one by one.

We must each look within to ensure that our hearts are whole, and then seek to win allies not by shouting them down, demonizing them, marginalizing them or overpowering their minds or their wills, but by entreating their hearts with honest friendship.

This is the true triumph of Freedom, and our only hope for victory.